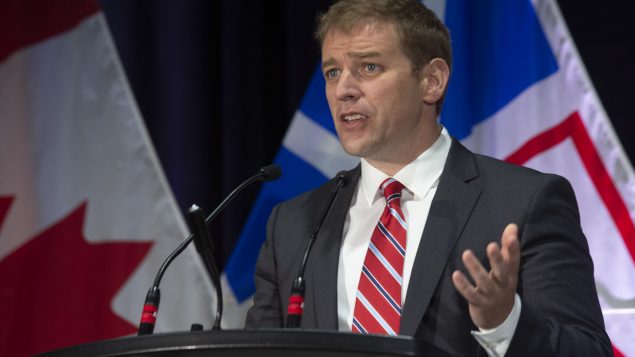 Andrew Furey gives his acceptance speech as leader of the Newfoundland and Labrador Liberal Party and premier-designate at the St. John's Convention Centre in St. John's on Monday. He will become the 14th premier of the province, following a Liberal leadership race that began last winter when Premier Dwight Ball announced his resignation as premier. (THE CANADIAN PRESS/Paul Daly)

Andrew Furey will become Newfoundland and Labrador’s next premier

Newfoundland and Labrador’s 14th premier was announced Monday following a leadership contest delayed by COVID-19 restrictions following Premier Dwight Ball announcement in February that he was stepping down.

Andrew Furey, an orthopedic surgeon and charity founder with family connections to Ottawa, defeated John Abbott, a former civil servant and CEO of the Newfoundland and Labrador branch of the Canadian Mental Health Association.

In voting results announced Monday evening in St. John’s, Furey doubled Abbott’s point total in the balloting to become the leader of the Newfoundland and Labrador Liberal party. 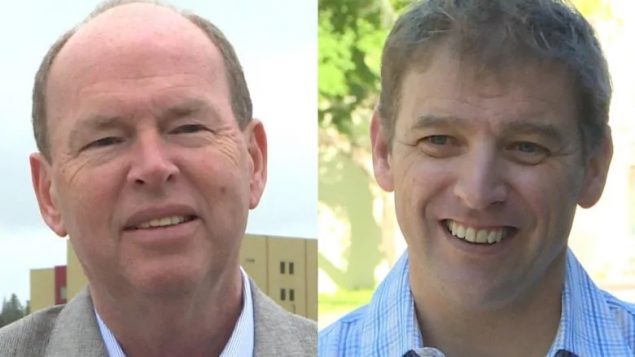 Because the Liberals currently govern the province, Furey automatically becomes the province’s premier-designate.

Provincial legislation requires that a general election take place no more than one year following a premier’s resignation.

Due to the province’s restrictions on large gatherings, only about 50 people were at the St. John’s Convention Centre to welcome Furey Monday evening.

In his victory speech, he promised to be “frank and transparent,” and called on all members of the provincial legislature to work together to address the dire problems staring down at the province.

“Together we can emerge from this crisis as a stronger, more caring, more passionate and more diverse Newfoundland and Labrador,” he said. 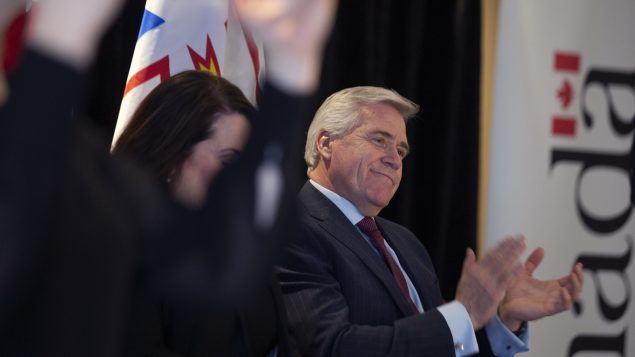 Newfoundland and Labrador Premier Dwight Ball applauds during an announcement made at Memorial University Signal Hill Campus in St. John’s on February 10. Ball announced in March he was stepping down as premier, setting the stage for the contest that ended Monday. (THE CANADIAN PRESS/Paul Daly)

Among other things, Furey faces now the daunting task of guiding a province that faces a $2.1-billion deficit, presented at a fiscal update last month.

He must also continue the push to bring the Muskrat Falls hydroelectric project online.

The party’s 34,000 eligible voters began voting last week online and by telephone following a campaign that began in February, was halted in March, and resumed in June.

About 21,000 votes were cast in the leadership race, despite the fact that more than 34,000 people registered.

The final tally of votes cast is less than the 2013 Liberal leadership campaign despite more people registering to vote this year. 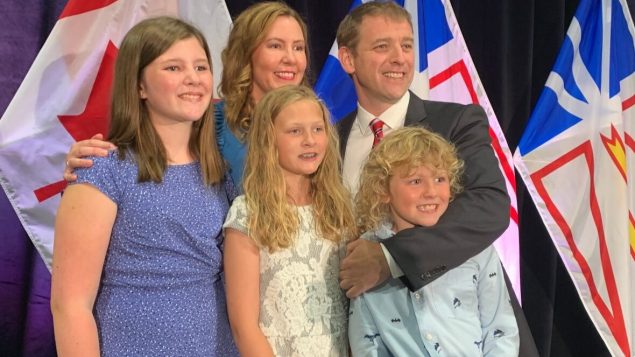 Andrew Furey poses for a picture with his family — wife Alison, and children Rachel, Maggie and Mark — after winning the Newfoundland and Labrador Liberal leadership election. (Andrew Furey/Twitter)

Through much of the campaign, Abbott remained on the attack, twice raising concerns about how Furey formed his contact list, a list that resulted in a convicted murderer getting an invitation to Furey’s campaign launch.

The two men also clashed on health care, with Furey accusing Abbott of not doing enough to fix the system while he held his senior position in government.

Neither candidate had ever held political office or campaiged for one and Furey currently does not have a seat in the provincial legislature.

With files from CBC News (Ryan Cooke), The Canadian Press