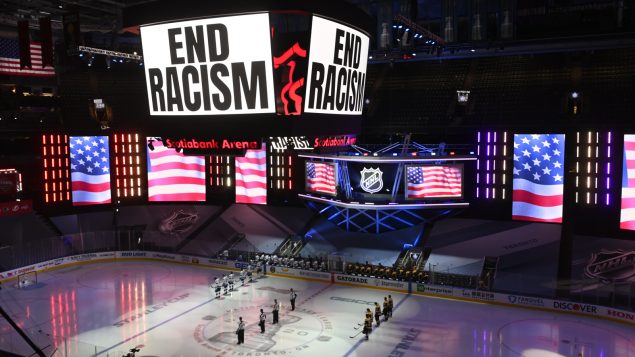 An End Racism message is displayed before the start of the first period NHL Stanley Cup Eastern Conference playoff hockey action as Boston Bruins play Tampa Bay Lightning in Toronto on August 26. The NHL unveiled a number of anti-racism iniatives Thursday, some eight months after the issue was brought to the forefront. In conjunction with NHL Players' Association, the league said in a press release it's instituting mandatory inclusion and diversity training for players, while employees will participate in an "inclusion learning experience" focused on anti-racism, unconscious bias, dimensions of identity, micro-aggressions and cultural competency. (THE CANADIAN PRESS/Frank Gunn)

NHL and its players move forward with anti-racism initiatives

In the wake of last week’s two-game players’ boycott that led to the postponement of two playoff games, the National Hockey League announced a series of anti-racism initiatives on Thursday.

The NHL and its players’ union, the NHLPA will also partner with the Hockey Diversity Alliance to launch a grassroots program for young players of colour in the Toronto area along with a similar program in a U.S. city.

As well, an executive inclusion council–comprised of owners, former players and executives–will focus on “identifying opportunities for positive change and developing tangible action and benchmarks to advance inclusion and diversity.” 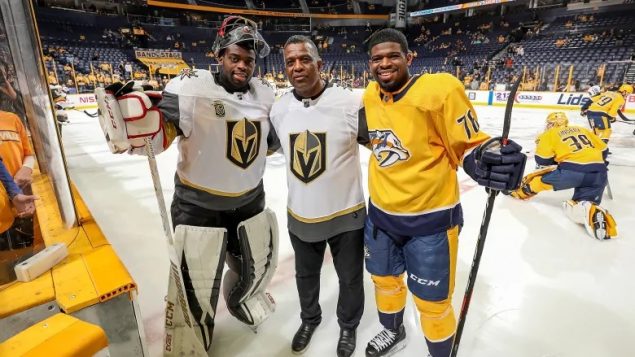 Karl Subban, centre, with his sons P.K. Subban, right, Malcolm Subban, left, at an NHL game in Nashville, Tenn. in 2017. P.K. Subban will be co-chairing, with Anson Carter, a new player inclusion committee, as part of the NHL and the NHLPA’s battle to combat racism. (John Russell / NHLI via Getty Images)

They will be charged to develop “action-oriented solutions that positively impact the access, opportunity and experiences that underrepresented groups have in the game — and in the business — of hockey.”

The NHL and NHLPA also announced they would join together to develop a hotline, operated by an independent provider, that would allow users to report unethical behaviour and misconduct. 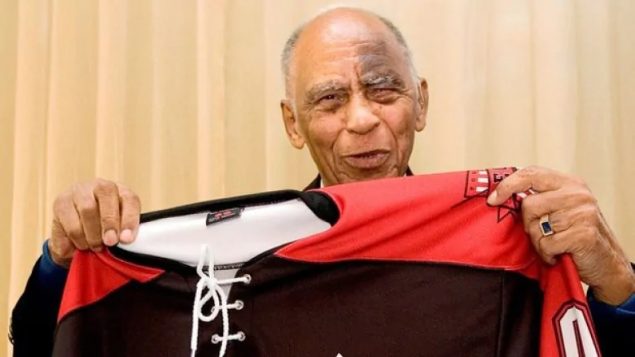 Order of Canada recipient Herb Carnegie, who was a star player with the Quebec Aces through the 1940s but was never given a shot at the NHL because of the colour of his skin was a long-time victim of the racism that NHL players and the league is attempting to address. There are many who believe that Carnegie would be the Hockey Hall of Fame if he had not been Black. (THE CANADIAN PRESS/Darren Calabrese)

Joint efforts will also be made to attract“Significant” financial investments to grow hockey at the youth level in communities of colour via the NHL/NHLPA Industry Growth Fund and to provide funding devoted to new “initiatives that bring more people of colour into our game.”

And, the NHL said, it plans to work with the Thurgood Marshall College Fund by offering financial support to research projects at the Center for Justice Research at Texas Southern University related to improving the American criminal justice system.

The initiatives follow mounting pressure from current and former minority players, who called on the NHL  to take concrete steps to address systemic racism.

They also follow last week’s boycott when NHL players joined their professional brothers and sisters in sports leagues across North America to protest racism, police violence and, specifically, the shooting of Jacob Blake, a Black man gravely wounded in Wisconsin on Aug. 23.

Blake, 29, was shot seven times in the back by a Kenosha police officer as three of Blake’s six children watched from his car.

On Thursday, Democratic Party presidential candidate Joe Biden met with Blake’s family and spoke with Blake, who remains in a Kenosha hospital and is reported to be paralyzed from the waist down.

His shooting sparked protests by professional and amateur athletes across North America, including the NHL players last week. 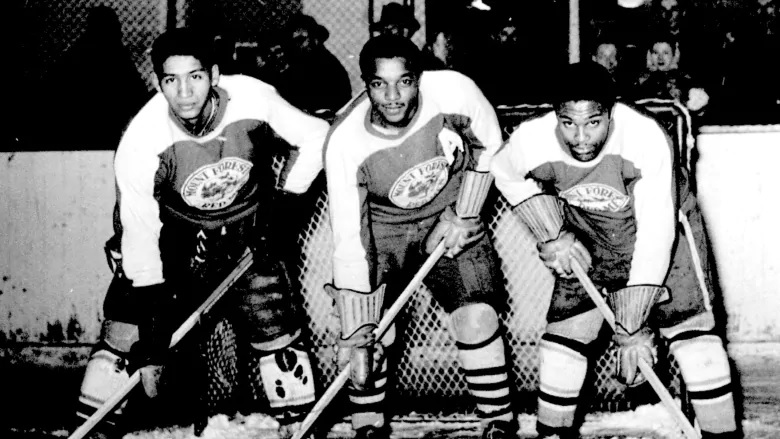 There weren’t many black hockey players in rural Ontario in the 1950s, let alone hockey lines with multiple black players. Howard Sheffield, Arthur Lowe and Gary Smith played on a line for the Mount Forest Redmen during the early 1950s, where they were nicknamed the Black Flashes. (Mount Forest Museum & Archives)

It also followed the deaths of George Floyd, Ahmaud Arbery and Breonna Taylor, which led to demonstrations in both the U.S. and Canada this spring and summer.

“We applaud NHL players for recognizing the importance of this moment and for coming together as part of a genuine movement for change,” NHL commissioner Gary Bettman said in a statement.

“We look forward to working with all voices of change to fight for equality and broaden access to the game we all love.”

With files from CBC News, The Associated Press