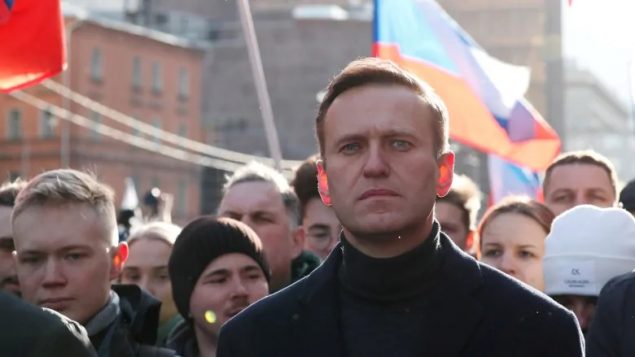 Russian opposition politician Alexei Navalny, shown at a rally in Moscow in February, is being treated by German doctors after a suspected poisoning. (Shamil Zhumatov/Reuters)

Foreign Affairs Minister François-Philippe Champagne says Ottawa is “deeply troubled” by reports from German experts who concluded that Russian opposition leader Alexei Navalny was poisoned with the same type of nerve agent used on a former spy in 2018.

Navalny remains in a Berlin hospital in a medically-induced coma in serious condition. Officials there say he is improving.

In a statement, Champagne said Navalny was poisoned by a nerve agent of the Novichok group like one used in the poisoning of former Russian spy Sergei Skripal and his daughter Yulia in the United Kingdom two years ago.

“We strongly condemn this outrageous attack. Russian authorities must explain what happened so that those responsible may be held to account without delay,” Champagne’s statement says. 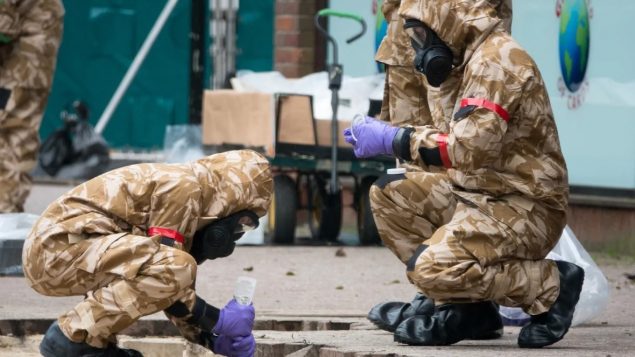 British military personnel work near the bench where Sergei Skripal and his daughter, Yulia, were found critically ill in Salisbury, U.K. on March 4, 2018. (Matt Cardy/Getty Images)

“The use of chemical weapons is abhorrent and unacceptable.”

Champagne said Canada and the international community will continue to stand with Navalny and his family in their search for answers and justice.

Navalny, a politician and corruption investigator who is one of Russian President Vladimir Putin’s fiercest critics, fell ill on a flight back to Moscow from Siberia on Aug. 20 and was taken to a hospital in the Siberian city of Omsk after the plane made an emergency landing.

He was later transferred to Berlin’s Charité hospital, where doctors last week said there were indications that he had been poisoned.

The Kremlin has denied it had anything to do with Navalny’s poisoning.

With files from CBC News, The Associated Press