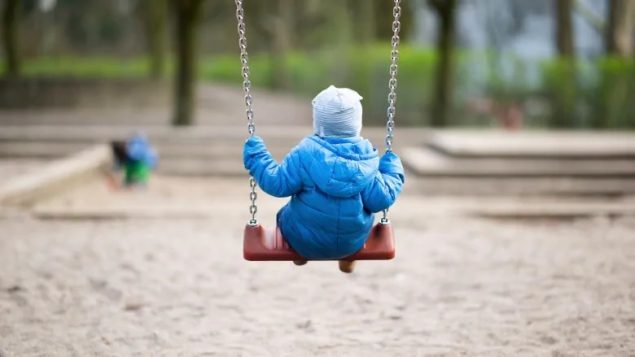 Two new reports–one from UNICEF Canada, the other from Children First Canada and the University of Calgary–paint a grim and bleak picture of life for children in Canada these days.

UNICEF Report Card 16, which measures the state of children and youth under age 18 in wealthy countries, ranks Canada 30th out of 38 nations on the most recently available data from just before the COVID-19  pandemic.

Canada’s rank is based on indicators of mental health and happiness (31st), physical health and survival (30th), and education achievement and skills development (18th). 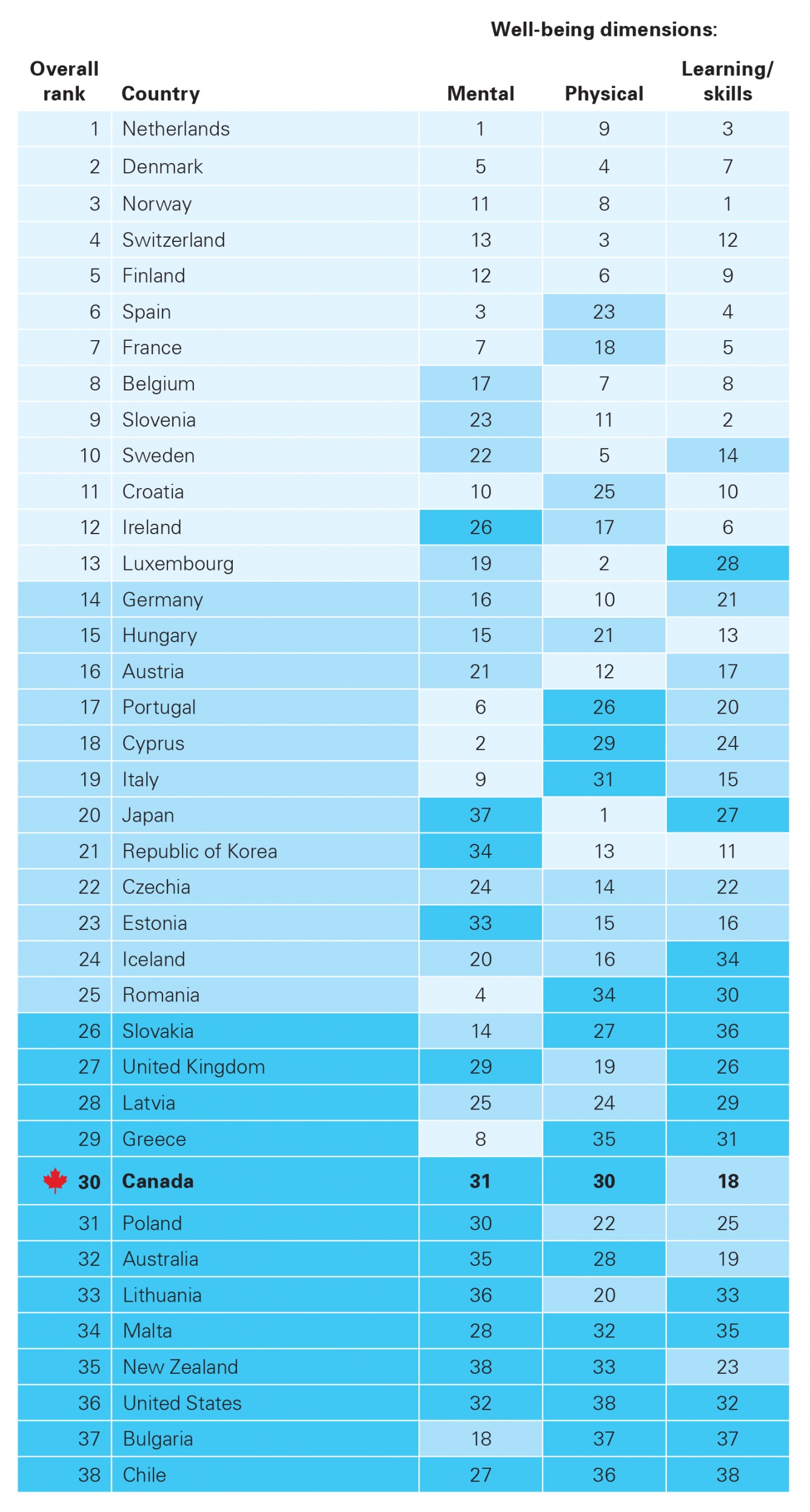 The Report Card, which also ranked Canada according to its policies, found that in every policy that supports better, more equitable outcomes, Canada falls far short of the best-performing countries.

Meanwhile, the report from Children First Canada and the University of Calgary says the top 10 threats to childhood, which had been increasing over the past decade, are spiking further as a result of the pandemic.

These include mental illness, food insecurity, physical and sexual abuse and poverty. 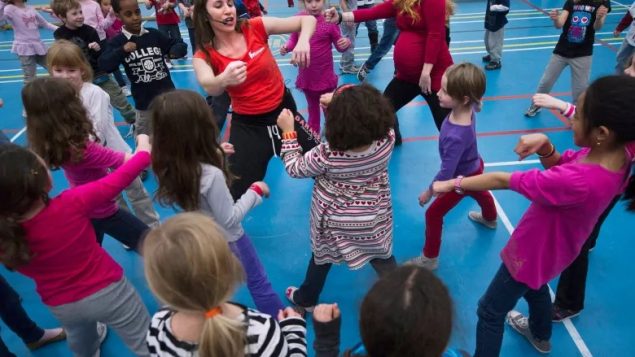 Children take part in a dance class in Toronto in 2012. Children First Canada says all of the primary factors that place children at risk are either trending upward or are poised to do so as the pandemic affects families across the country. (THE CANADIAN PRESS/Nathan Denette)

Both reports argue all levels of government need to implement concrete policies to improve conditions for children across the country.

The reports suggest  that even before the COVID-19 the world’s richest countries,including Canada, were failing to ensure that all their children had good childhoods.

UNICEF says Canada’s governments currently spend much less on families and children than most wealthy countries.

The average spending rate among rich countries is 2.38 per cent of GDP, while Canada falls far behind at 1.68 per cent.

UNICEF notes that expected falls in GDP, increases in child poverty, the consequences of stay-at-home policies, and the impacts of the pandemic on health and school systems, heighten the risk that the COVID crisis will create a global child rights crisis.

UNICEF Canada’s Companion to Report Card 16, entitled Worlds Apart, shows that before the pandemic, Canada was among the countries with the best economic, environmental and social conditions for growing up, but the poorest outcomes for children and youth.

But the report says COVID-19 is making childhood even harder for kids in Canada and has only heightened concerns about children’s health, development, education, safety, relationships and happiness.

“The situation for childhood in Canada is not at all what we would expect of a country with our wealth,” UNICEF Canada Chief Executive David Morley told Michelle McQuigge of The Canadian Press “…It’s shocking that a country like ours will be not doing so much better.”

Morley said UNICEF Canada’s research reveals shortcomings across the board for Canadian children. 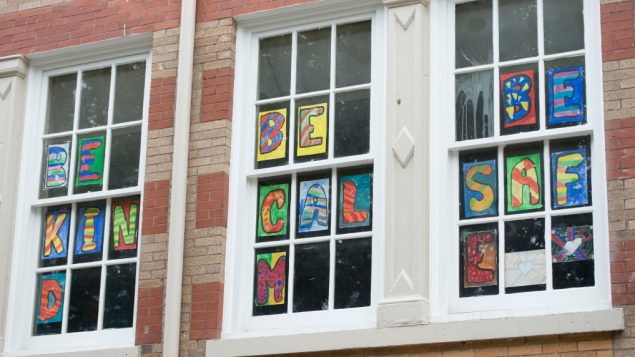 A message is seen in the window during media tour of Hastings Elementary school in Vancouver, Wednesday, September 2, 2020. (THE CANADIAN PRESS/Jonathan Hayward)

The organization, which has been tracking such issues for 20 years, said Canada ranks lower than most international counterparts on issues ranging from suicide rate to infant mortality.

Nearly a third of children are overweight or obese, while nearly a quarter are generally dissatisfied with their lives, the report found.

Morley told McQuigge Canada had one of the highest rates of adolescent suicide among countries included in the report, as well as a child mortality figure that belies the robustness of Canada’s overall health-care system.

The figures are much higher, Morley notes, for Indigenous children or those from racialized communities.

Morley described Canada’s performance as “worlds apart” from ranking leaders of the Netherlands, Denmark and Norway.

Morley said the weaknesses in the systems safeguarding Canada’s children all but set kids up for failure when a true crisis such as the COVID-19 pandemic arrives.

Noting that UNICEF Canada has been tracking a decline in child well-being for nearly a decade, the Children First Canada said all of the primary factors that place children at risk are either trending upward or are poised to do so as the pandemic affects families across the country.

Economic instability, lack of access to schools and associated supports, and increased confinement at home with potential exposure to domestic violence all signal current or future trouble for Canada’s children, the report entitled Raising Canada 2020: Ringing the Alarm for Canada’s Children, said.

“Canadians have this persistent myth that this is a world-leading country for children,” Children First Canada chief executive Sara Austin told McQuigge.

“Clearly that isn’t true. …Some of the basic things our kids need to survive, let alone thrive, are not in place.”

Both reports called for specific policy actions at all levels of government to improve the situation.

Austin called for the federal government to develop a national strategy to counter childhood risks, as well as appoint a children and youth commissioner.

Both Austin and Morley said COVID-19 and the heightened risks that come with it make the need for bold, prompt action very clear.

“The pandemic, I hope, will hold up a mirror to ourselves as a society,” Morley told McQuigge.

With files from The Canadian Press (Michelle McQuigge)