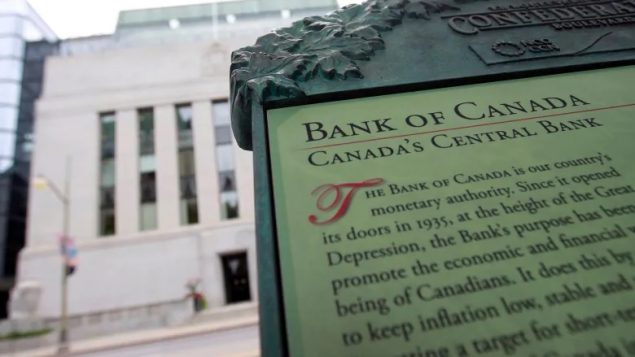 The Bank of Canada said today its key rate will stay at near-zero until economic slack is absorbed and the two-per-cent inflation target is "sustainably achieved." (Chris Wattie/Reuters)

The Bank of Canada is keeping its benchmark interest rate target on hold at 0.25 per cent and says it will stay there until inflation is back on target.

In a statement today, the bank says its key rate will remain at near-zero until economic slack is absorbed and a two-per-cent inflation target is “sustainably achieved.”

The statement also said the bank stands ready to do whatever is necessary to aid the economy as it recuperates from the COVID-19 crisis.

The bank cited bounce-back activity in the third quarter appearing to be faster than it anticipated in July as reason to hold the line. 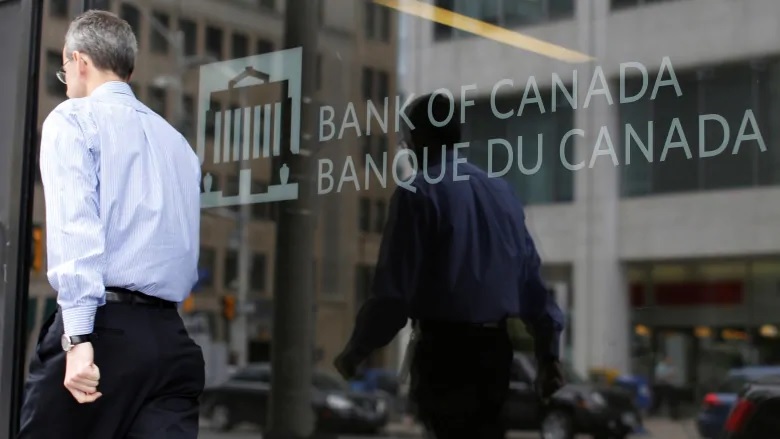 Canada’s central bank slashed its benchmark interest rate to 0.25 per cent in March to help the economy deal with the COVID-19 pandemic. That’s where the rate remains. (Chris Wattie/Reuters)

“There has also been a large but uneven rebound in employment. Exports are recovering in response to strengthening foreign demand, but are still well below pre-pandemic levels. Business confidence and investment remain subdued.

“While recent data during the reopening phase is encouraging, the Bank continues to expect the recuperation phase to be slow and choppy as the economy copes with ongoing uncertainty and structural challenges.”

Like other countries, Canada’s economy has been battered by the COVID-19 pandemic.

Statistics Canada reported in August that the country’s economy shrank at the fastest pace on record in the second quarter, as consumer spending, business investment, imports and exports all dried up because of COVID-19.

The figures showed Canada’s gross domestic product shrank by 11.5 per cent in the three-month period between April and June and that was a 38.7 per cent pace of contraction for the year as a whole, far and away the steepest and fastest decline on records that date back to 1961.

Meanwhile, despite Canada’s economy adding 246,000 jobs in August–the fourth consecutive month of gains following COVID-19 related lockdowns this spring–Canada still had 1.1 million fewer paid workers than it did in February.

The benchmark rate–known as the target for the overnight rate–is the rate consumers tend to pay attention to because it impacts rates they get for mortgages and savings accounts and it has remained at its lower effective bound since March when COVID-19 lockdowns plunged the economy into crisis.