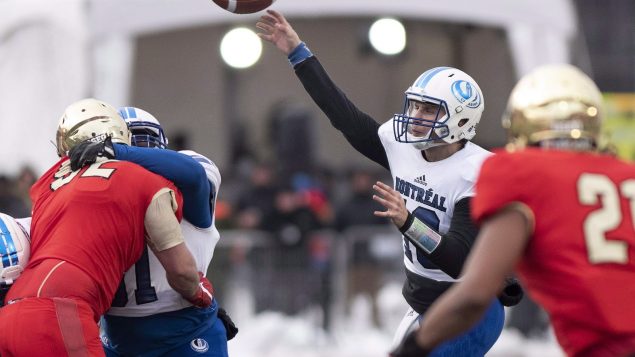 “After having analyzed all possible scenarios, members of the university sector of the RSEQ  announce the cancellation of sanctioned sports programming until December 31, 2020,” the RSEQ said in a statement on Monday.

Members of the RSEQ’s university sector decided to make its decision based on Quebec’s recently implemented COVID-19 alert and intervention system, which may limit a university’s ability to participate.

The Athletics director of the Montreal Carabins at the Université de Montreal, Manon Simard, said that their intention, like the other universities they collaborated with, was to see their student athletes defend their colours this fall, if it could have been done in a safe way.

“You have to understand that this was not a sport decision, but a health decision,” Simard said in a statement.

According to the press release, the RSEQ university sector’s decision on winter sports programming is scheduled for Oct. 15.

Earlier this summer, U Sports, the national brand of university sports in Canada, decided to cancel six of its national championships for the fall 2020 season due to health concerns. Canada West, the Ontario University Athletics, and the Atlantic University Sport, had also decided to cancel all of their team sports until Dec. 31, 2020.