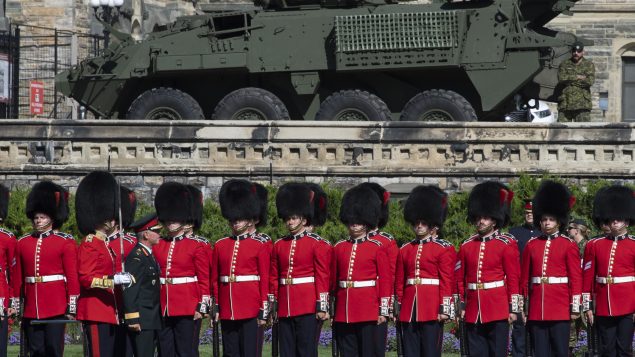 Chief of Defence Staff Jonathan Vance inspects the troops during a change of command parade on Parliament Hill on August 20, 2019 in Ottawa. During the ceremony Lieutenant-General Wayne Eyre assumed command of the Canadian Army (THE CANADIAN PRESS/Adrian Wyld)

The commander of Canada’s army has begun following through on a promise he made earlier this month to root out far-right members of the country’s military.

On Thursday, Lt.-Gen. Wayne Eyre, who assumed the post in August of last year, issued a 25-page directive that says soldiers who witness–or become aware of–racism and hateful conduct will be expected to report it to their superiors.

And if they do not, there will be serious consequences, writes the CBC’s Murray Brewster, who obtained a copy of the directive that was issued to all army units across the country.

“We will hold our members accountable for their actions,” Eyre wrote in the order. 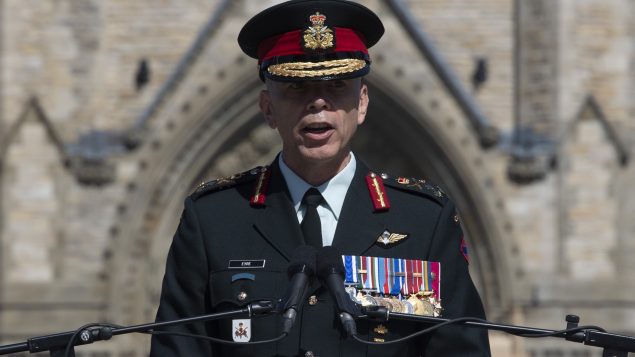 Lt.-Gen. Wayne Eyre speaks during a change of command parade for the Canadian Army on Parliament Hill on August 20, 2019 in Ottawa. Eyre assumed command of the Canadian Army from Lieutenant-General Jean-Marc Lanthier. Eyre is stepping up his battle to root out right-wing extremists in the Canadian military. (THE CANADIAN PRESS/Adrian Wyld)

Soldiers “at all levels will be expected to intervene and report incidents,” he said, “and where necessary, we will provide support to those affected by these behaviours.

“Failure to act is considered complicity in the event.”

Brewster reports that Eyre outlined his expectations last week at a virtual meeting of commanding officers from across the country and promised that he would give “explicit direction” on how to handle a growing number of cases of far-right extremism in the ranks, according to Brewster.

Eyre’s message was clear, according to Scott Taylor, a journalist who reports on the Canadian military: “If you have those types of beliefs — get out. We don’t want you.”

However, Brewster reports that the order still depends on the willingness of soldiers to call each other out over racist and inappropriate behaviour.

“Bystander intervention training will be key in our efforts to eliminate hateful conduct, because we all have a responsibility to act and respond if we witness hateful conduct and associated incidents,” says the order.

To that end, commanding officers were told they need to keep an eye out for whistleblowers and “investigate any reports of threatening, intimidating, ostracizing, or discriminatory behaviour taken in response to a hate incident report.” 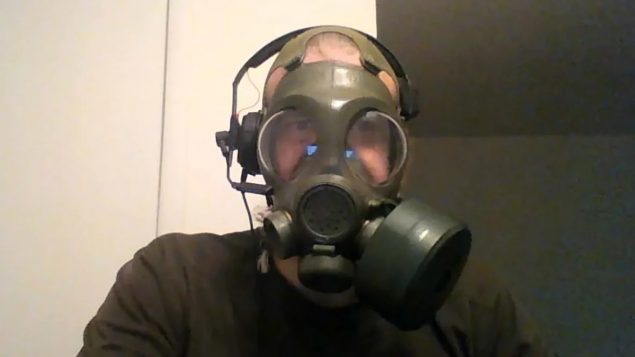 During a search of the apartment Patrik Mathews shared with one of the co-accused, law enforcement agents found videos of Mathews making violent, anti-Semitic and racist statements, including one where he’s wearing a gas mask. (U.S. Attorney detention memo)

Eyre’s directive follows a CBC News investigation of the 4th Canadian Ranger Patrol Group that uncovered how Erik Myggland, a British Columbia reservist who openly supported two far-right groups, was allowed to continue serving even after he had been identified by military counterintelligence and interviewed as a potential threat.

It also comes as prosecutors in the U.S. pursue firearms charges against former Canadian army reservist Patrik Mathews, who is accused of recruiting for a white-supremacist organization in the States.

In an interview with Brewster earlier this month, Eyre said it “sickens” him to see racism and intolerance in Canadian society — especially when people holding those views want to join the military.

In July, the Canadian Armed Forces said it was implementing a new system to help monitor and track any suspected incidents of hateful conduct within its ranks, calling on a network of researchers to help military investigators.