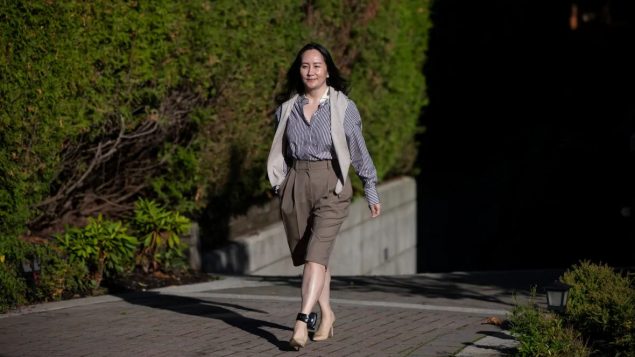 Huawei Technologies Chief Financial Officer Meng Wanzhou and her defence team were back in court today in Vancouver where she was arrested nearly two years ago by Canadian authorities at the request of the U.S. and charged with bank fraud for the company’s dealings with Iran.

As well, her arrest soured relations between Ottawa and Beijing when, two Canadians–Michael Kovrig and Michael Spavor–were arrested in China–apparently in retaliation shortly after Weng’s arrest at Vancouver International Airport in December 2018. 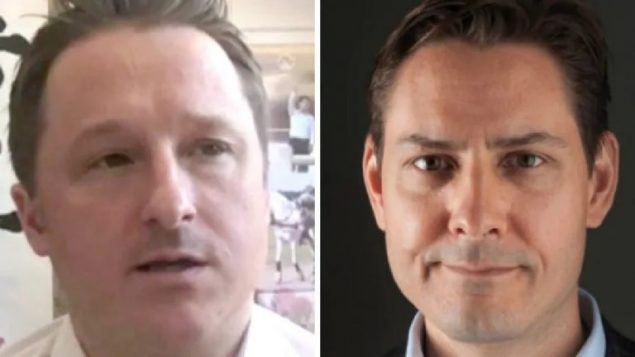 Michael Spavor, left, and Michael Kovrig were taken into custody in China in December 2018, shortly after Meng was arrested at Vancouer International Airport. They face charges of spying. (The Associated Press/International Crisis Group/The Canadian Press)

Kovrig, a former diplomat and Spavor, a businessman, have since been charged with espionage and Canada continues to press for their release.

The U.S. accuses Huawei of using a Hong Kong shell company called Skycom to sell equipment to Iran in violation of U.S. sanctions and says Meng, 48, committed fraud by misleading the HSBC bank about the company’s business dealings in Iran.

Meng is currently under a form of house arrest at her mansion in Vancouver and has been in and out of court since her arrest, proclaiming her innocence and fighting the extradition order.

She and her team returned today. 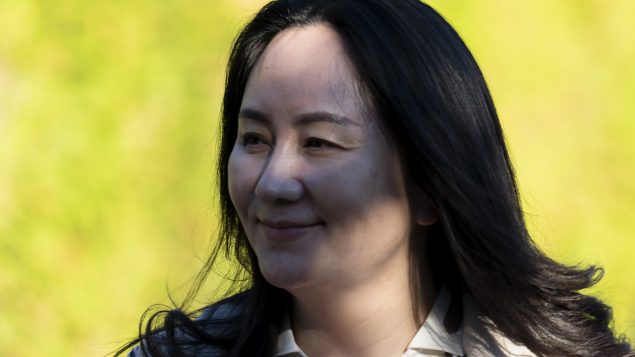 The CBC’s Jason Procter reports that according to documents filed ahead of today’s hearing, Meng’s defence team will argue the extradition proceedings should be halted because Canada Border Services Agency officers detained and questioned Meng without a lawyer when she was arrested in Vancouver International Airport in December 2019.

Procter reports that Meng’s lawyers also hope to convince the judge overseeing the extradition proceedings that the allegations against U.S. officials not only have an “air of reality” about them–but that if proven, the abuse of process might warrant tossing the high-profile case.

“The [United States’] material misstatements and omissions of the core facts disentitle it to the assistance of this court,” the defence team said in an application filed during the summer.

“Only a stay will vindicate the principles of fundamental justice.” 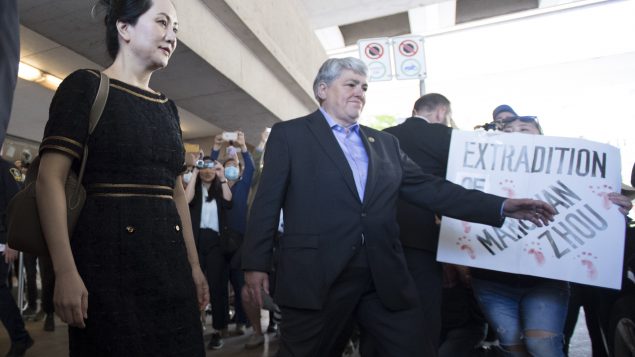 Meng Wanzhou, chief financial officer of Huawei, leaves B.C. Supreme Court in Vancouver on May 27 after the judge found that there is double criminality in the extradition of Wanzhou. She and her team are back in court today. (THE CANADIAN PRESS/Jonathan Hayward)

The Canadian Press reports Weng’s lawyers will also argue the RCMP acted at the behest of the FBI to gather and share technical information about Meng’s laptop, phones and tablets, in violation of the Extradition Act.

If Supreme Court Associate Chief Justice Heather Holmes rules in Meng’s favor today, it could end the extradition process hearing, though the prosecution would have the right to appeal.

In May, Meng failed in a bid to end the extradition process when Holmes ruled the allegations against her also could constitute a crime in Canada.