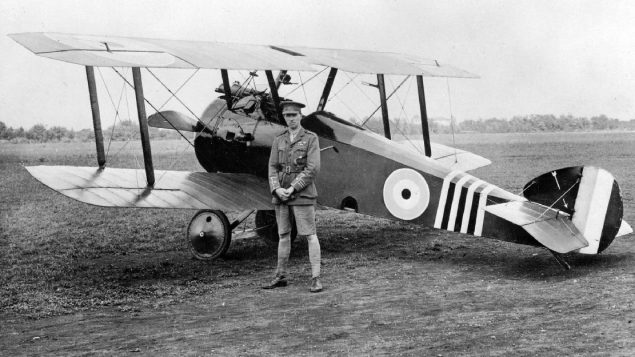 Canadian Billy Barker, ace, beside his Sopwith Camel B6313, Barker was one the top aces of WWI and fought one of the most outstanding aerial battles ever, for which he was awarded the Victoria Cross. He is also the most decorated WWI serviceman in the Commonwealth, and possibly of all time( DND archives AH-517)

Many Canadians know the 3rd highest scoring ace, Billy Bishop, perhaps through a popular theatrical piece about the amazing flyer of several years ago, and perhaps because of the Toronto regional airport named after him.

It is this latter ace however, William “Billy” Barker, who remains the most decorated officer in Canadian military service with high honours from Britain, France and Italy.  Barker also achieved this amazing record in spite of becoming a pilot late in the war. 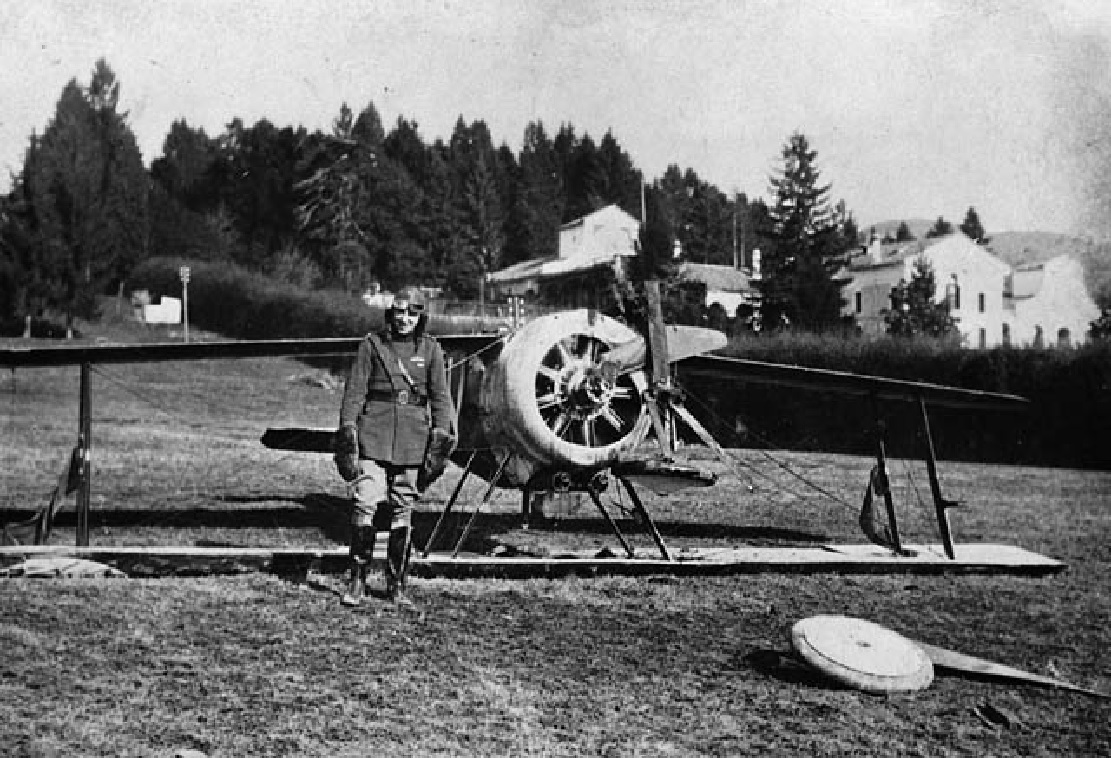 Billy Barker with a crash landed Sopwith Camel while with 28 Sq. RAF. Although legendary the Camel (and later Snipe) were known to be difficult to control with peculiar handling characteristics due to engine torque, short fuselage and being nose heavy. ( LAC mikan-3623376)

It was on this date, October 27 in 1917, that he is best remembered for one of the most amazing aerial battles ever, and for which he would be awarded one of world’s highest military honours, the Victoria Cross.

Born in Manitoba, Barker would join the army in 1914 like tens of thousands of other young Canadians at the outset of WWI.  He would fight in the terrible battle of Ypres as a machine gunner, before transferring to the Royal Flying Corps in 1916.

He quickly distinguished himself as an observer and gunner in the flimsy two-seaters where he shot down two enemy aircraft, before getting his pilot’s wings, going solo after a mere 55 minutes of training.

Wounded in France, he would be transferred back to England as an instructor, but requested to return to the battle where he flew his beloved Sopwith Camel, B6313 in which he scored most of his victories. (This particular plane would be labelled the single most successful aircraft of the war. Amazingly it would later be retired and dismantled!).

In his first week back at the front he shot down 3 enemy, and eventually his score would rise to 46.  While he was squadron leader, none flying with him was ever shot down.

In late October 1917 he was back in England to become an instructor but insisted he needed to refresh his skill and was sent back to the front. Once there, he flew patrols, but had seen no action for more than a week. Near the end of the month he was about to return to England to assume command of the aerial training school. His Sopwith Camel having been retired earlier that month he flew a newer Sopwith Snipe.

Stories vary as to whether he on one last patrol, or actually on his way flying back to England (very doubtful). or more likely returning the Snipe to depot.  In any case at the height of the plane’s service ceiling (approx 19,500 ft) he flew into enemy airspace just past the front lines over the Mormal forest where he spotted a German observation plane. A burst from his guns broke the two-seater up with the crew surviving with the still relatively new concept of parachutes for aircrew.

But he had been spotted by a large formation of German Fokker DVII’s, as many as 60.  At least 15 broke off to attack the lone and apparently foolish Snipe. 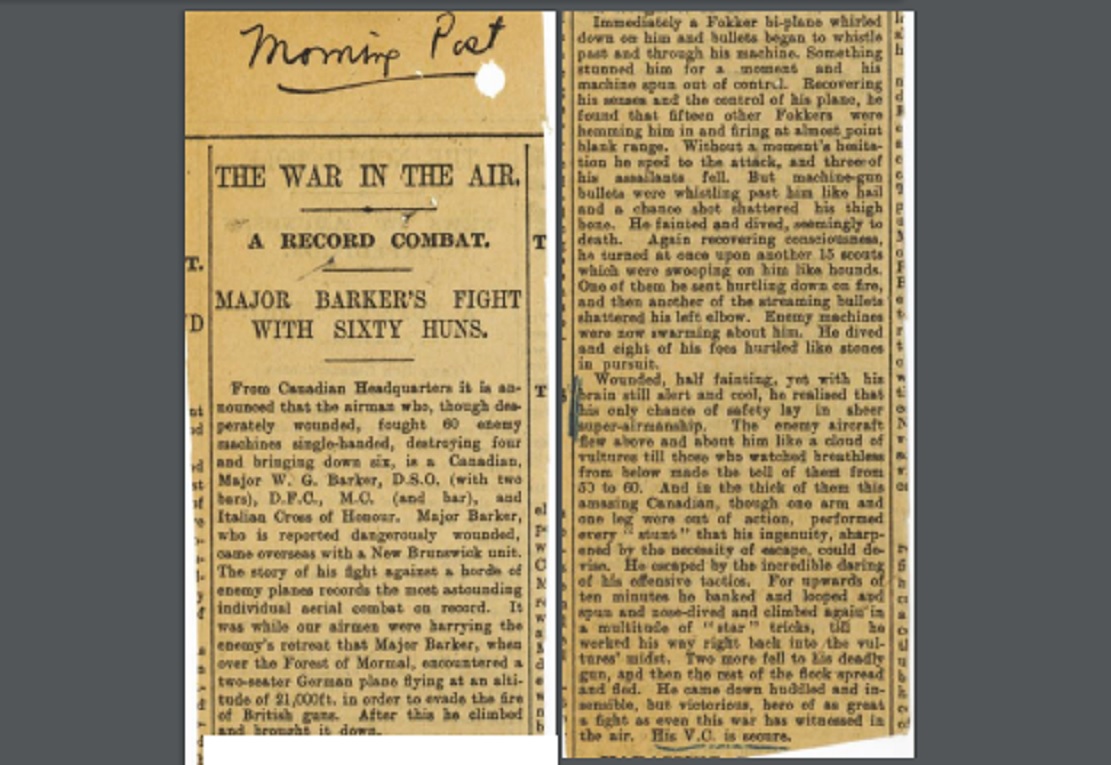 News clipping from the Morning Post, also carried in several other London papers. “Major Barker’s fight with 60 Huns -The story of his fight against a horde of enemy planes records the most astounding individual aerial combat on record”( Library and Archives Canada)

A bullet from one of the Fokkers hit him in the thigh, but even so he managed to outmanouevre the attacker and sent it down in flames. The others swarmed around him but he sent two down in a spin, but was again wounded in the other leg.

Losing consciousness briefly he started down in a spin himself, but regained control only to find himself still surrounded with his plane being riddled with bullets.  It was an amazing feat just to keep the plane in the air as both the Camel and Snipe were highly unstable planes requiring constant pilot control and the stick and rudder.

To the cheers of Canadian ground troops watching this incredible David vs Goliath spectacle, and now with severe wounds to both legs he charged one of the DVII’s flying straight at it, driving it down in flames even as another bullet shattered his elbow.  Fainting with pain and loss of blood, he tried to dive away from the attackers into Allied territory only to find more enemy attacking. He still managed to break up that attack, or shake them off,  and limp back into the Allied lines in a heavy landing. 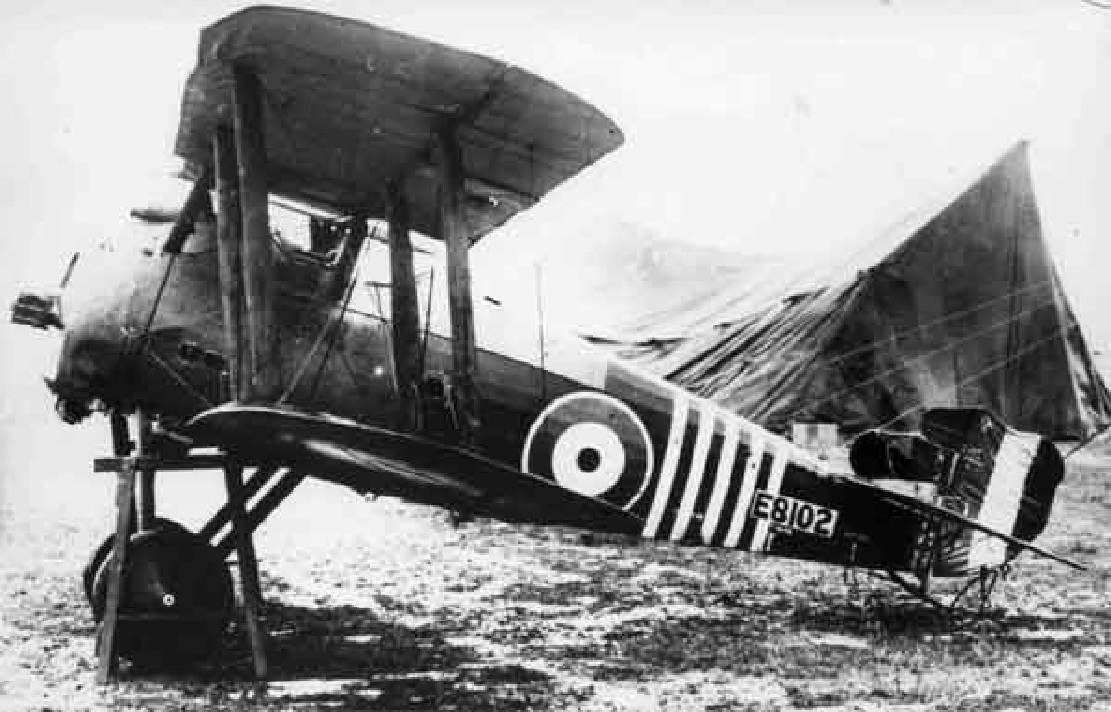 Barker’s recovered Snipe, Bullet holes in the fuselage can be seen. It appears the prop is broken and damage to tail may be due to the plane possibly being flipped during the crash. With severe wound to one thigh, his other leg, and smashed elbow, it’s amazing he could control the plane at all. Although with 201 Squadron at the time, the five narrow white bands are in recognition of Barker’s service on the Italian front with 139 Squadron. The fuselage of the plane is preserved at the Canadian War Museum (RAF Museum)

Taken to hospital he clung to life and eventually returned to England. His incredible flying skills in which he was credited with four enemy planes shot down, bringing his total to 50, also resulted in the awarding of the Victoria Cross. His injuries were such that he was unable to attend the investiture until the following year. 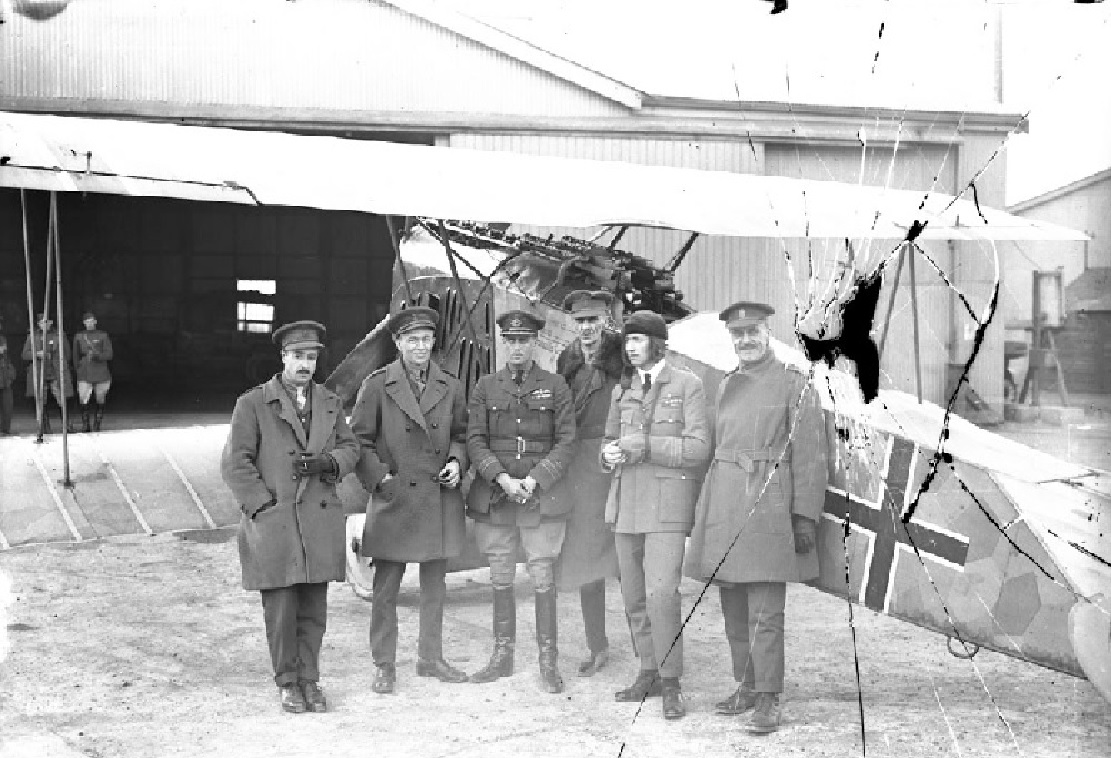 William Barker (in flight helmet ) with a captured Fokker D VII, Hounslow Aerodrome, April 1919. This is the type of plane against which he fought his amazing battle. Note his arm still in a sling and covered left hand. His legs also appear to be swollen still. (Library and Archives Canada MIKAN 3523053)

Although suffering permanently from his wounds, Barker continued flying after the war, briefly in partnership with another Canadian ace, Billy Bishop VC, in an airline service. Later he  was acting director of the RCAF, and still later involved in several business ventures.  In 1930 he was the president of the Fairchild Aircraft Co. division in Montreal. He was killed in March that year while demonstrating a new plane for the RCAF which crashed inexplicably.

His state funeral in Toronto remains one of the largest ever and  at the Mount Pleasant Cemetary a memorial was unveiled On 22 September 2011, which states that William Barker was the “most decorated war hero in the history of Canada, the British Empire, and the Commonwealth of Nations.

Sopwith 7F-1 Snipe photo shows plane after the severely wounded Barker crash landed heavily. Although with 201 Squadron at the time, the five narrow white bands are in recognition of Barker’s service on the Italian front with 139 Squadron.