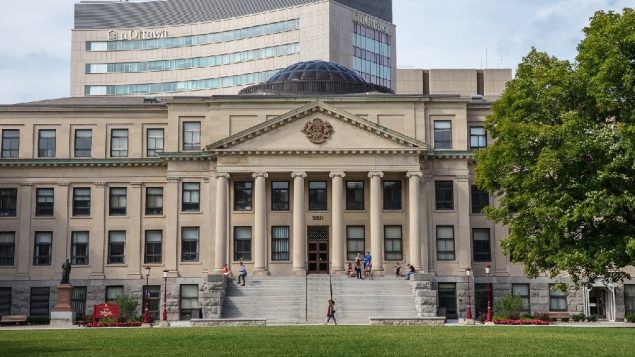 The N-word controversy and freedom of speech hits academia

In these ultra sensitive times a controversy has blown up in academia about freedom of speech, teaching necessities, derogatory language. and some differences in meaning between French and English of the N-word.

At the University of Ottawa, a part-time professor of art and gender used the N-word during a class discussion in French about groups who ‘re-appropriate’ words  and phrases typically used in highly negative disparagement.

The university suspended her on September 23rd after a student complained.

Verushaka Lieutenant-Duval has since apologized and has been re-instated but the affair has ignited a storm of controversy. In October 34 other professors there signed a letter saying that universities are a place for critical thinking and academic freedom adding that such institutions are a place “ “to explore the realities of history, notably the history of ideas, many of which will conflict with current popular opinion.”

The conflict is somewhat reminiscent of another issue of free speech which occurred in 2017 at Wilfrid Laurier University in Ontario which resulted in a series of lawsuits and countersuits over the controversy of ‘genderless pronouns”.

Although this latest event took place in Ottawa, Quebec’s Premier Francois Legault, and Deputy Premier Genevieve Guilbault weighed in on the side of professor, with Guilbault criticising the university’s seeming willingness to,  “throw this professor over to aggressive activists who speak violently against her and Francophones.”

The widely read La Presse newspaper also came out for the professor in an article which compared the incident as being somewhat akin to the tragic event in France where a teacher was killed after showing pictures of the Prophet Mohammed to his class.

A subsequent letter from 600 other university and college professors also took up the cause, which on the other hand is vehemently contested by black student and the University of Ottawa Student Association who say there is never an excuse in English or French to use the word.

Now a national poll by the Leger firm in partnership with the Association of Canadian Studies has today released results of  survey on the issue.

Of the Leger opinion panel, 42 per cent were aware of the issue at the University of Ottawa. with over twice as many supporting the professor’s use of the word in appropriate context, over the those who feel it should never be used.

A clear majority of respondents (75%) also indicated that  freedom of expression at universities should be supported at all costs for open exchange of ideas even using  culturally insensitive words if used for stimulating discussion. Only a quart (25%) said freedom of expression should be limited with certain words understood to be offensive to some being banned.

In response to other questions, a majority of Canadians felt that authorities should be able to ban people or groups from social media if they believe the posts promote hate, violence or exclusion. 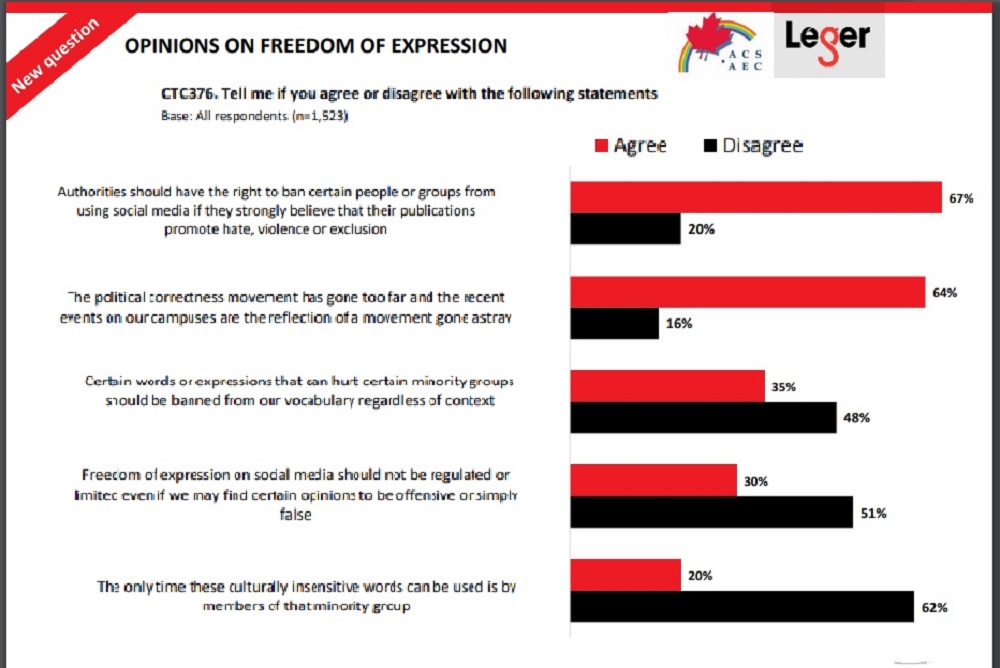 A smaller majority on the other hand  believe certain words  hurtful  to minorities should be banned from the vocabulary while a clear majority think it is also not right for minority groups themselves to use the words.