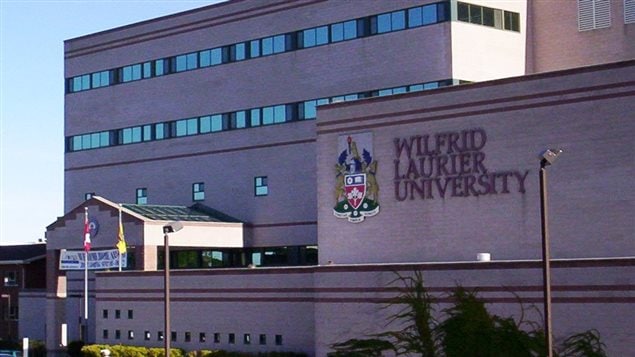 University Avenue facade of Maureen Forrester Recital Hall and John Aird Centre, Wilfrid Laurier University, Waterloo, Ontariol. In the face of enormous condemnation, the university has had to apologize to a student over a free speech issue
Photo Credit: wiki commons -Radagast

(to post or read comments, scroll to very bottom of story)

Wilfrid Laurier University in Waterloo, Ontario, (WLU) has apologized to a teaching assistant over their handling of a complaint against her.

Student Lindsay Shepherd, 22, was leading a tutorial on grammar for first year communication students when she aired a short segment of a publicly broadcast television debate between two University of Toronto professors,

Award winning psychology professor Jordan Peterson has become well-known for his opposition to forced use of invented genderless pronouns. He was debated by Nicholas Matte, adjunct professor of gender studies.

A person or persons in the class (refuses to say how many) complained about the approximately 3 minute clip, and the university reacted by demanding she explain herself to a trio of professors, during which she was accused of creating a “toxic” atmosphere for the LGBT community and that by not condemning Peterson’s position beforehand, it was equivalent to neutrally playing a speech by Hitler. Also because of this her lesson plans must be submitted to her supervisor beforehand, and must not show any more controversial videos of this kind.

The university has since apologized after the story and a secretly recorded tape of the interrogation become public.

The story reached across Canada and even gained international attention in which WLU was almost universally condemned for attempting to squash free speech and controversial debates.

However once the actual  recording of the meeting between the trio of professors and Ms Shepherd became distributed, the university backtracked.

WLU president Deborah MacLatchy and Ms Shepherd’s supervisor have both apologized in letters on the university website.

However in the apology the president seemed as concerned about the reaction to the incident, as she does about her university’s treatment of Shepherd.

“I remain troubled by the way faculty, staff and students involved in this situation have been targeted with extreme vitriol. Supports are in place at the university to support them through this situation”.

President MacLatchy said an independent inquiry will be struck to examine the situation.

As for Ms Shepherd, she has accepted the apology, but says it rings a little hollow saying “this was their only option” after being so publicly shamed and widely condemned by the media.

She is now questioning whether she will continue at Wilfrid Laurier. Quoted in the Waterloo Record, she says, “ I walk into a room and it’s just tension now”.