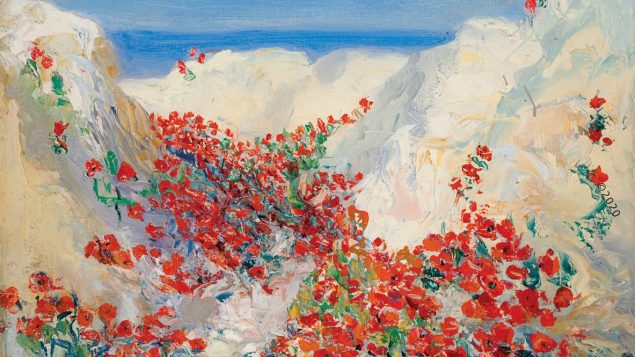 Mary Riter Hamilton painted the Trenches of the Somme in 1919. The painting is now reproduced as a Canada Post stamp celebrating the work of the pioneering Canadian artist. (courtesy Library and Archives Canada/1988-180-38)

Canada Post is releasing a new stamp celebrating the work of Mary Riter Hamilton whose paintings and drawings of First World War battlefields in France and Belgium earned her the title of Canada’s first unofficial female battlefield artist.

The new stamp features Riter Hamilton’s 1919 painting Trenches on the Somme. The painting is one of more than 300 paintings, drawings and etchings Riter Hamilton produced to document the destruction and reconstruction efforts in some of the most deadly battlefields of the First World War. 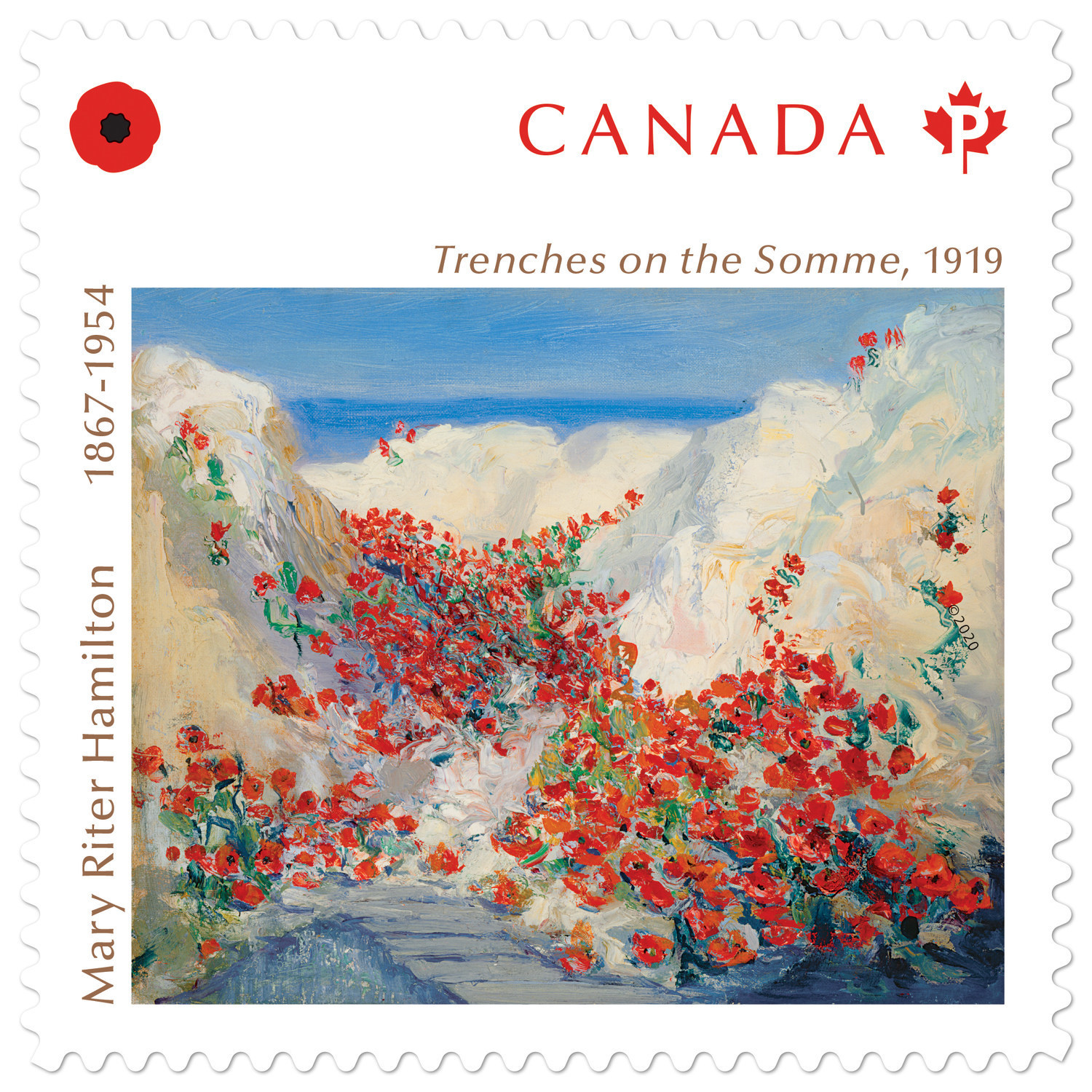 Born in 1867 the small rural community of Teeswater, Ontario, about 190 kilometres west of Toronto, Riter Hamilton studied art in Toronto, Winnipeg, Berlin and Paris, and received critical acclaim for her first cross-Canada exhibition in 1911-12.

Widowed in her early 20s, she was living in Victoria, British Columbia when the Great War broke out.

She applied to the Canadian government to be sent to the frontlines to document Canada’s military efforts but was refused because only men were allowed on the frontlines.

However, in early 1919, she received a commission from the Amputation Club of British Columbia (now The War Amps) to paint the battlefields of France and Belgium for its veterans’ magazine, The Gold Stripe.

Arriving in Europe in March 1919, barely four months after the war ended, she travelled independently to the sites of Canadian battles such as Vimy Ridge, Ypres and the Somme.

Over the next three years, often working in difficult and dangerous field conditions with little food and money, she produced 350 works of art depicting the destruction and devastation caused by the war.

She was awarded France’s Ordre des Palmes académiques in 1922 for her courage and determination.

In 1925, one of her painted silk scarves, won a gold medal at the Exposition internationale des arts décoratifs et industriels modernes in Paris.

Riter Hamilton returned to Canada that same year, but found little interest in her paintings and donated most of her work to the Public Archives of Canada (now part of Library and Archives Canada).

She died on April 5, 1954 in Coquitlam, British Columbia.