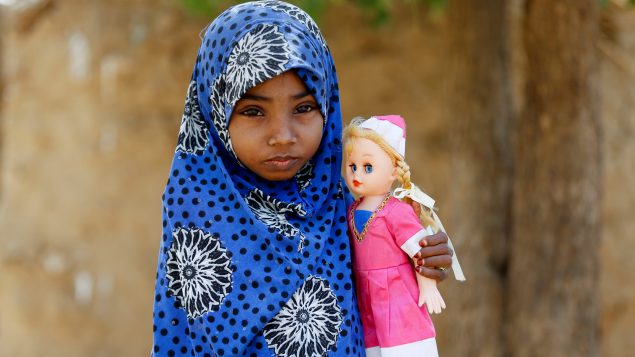 Afaf Hussein, 10, who is malnourished, holds her doll near her family's house in the village of al-Jaraib, in the northwestern province of Hajjah, Yemen, Feb. 20, 2019. (Khaled Abdullah/REUTERS)

Nearly 100,000 Yemeni children are at risk of death and more than half a million are suffering from acute malnutrition as the world’s largest humanitarian crisis grinds on for nearly six years with no end in sight, international humanitarian organizations and UN agencies warn.

Lise Grande, the UN Humanitarian Coordinator for Yemen, says Yemen is on the brink of a catastrophic food security crisis.

“If the war doesn’t end now, we are nearing an irreversible situation and risk losing an entire generation of Yemen’s young children,” Grande says.

Parts of southern Yemen are seeing their highest levels of acute malnutrition in children below five years old since the Yemeni war began in March of 2015, according to a recent UN report.

The report puts the number of children suffering from acute malnutrition this year at 587,573, which is an increase of around 10 per cent since the beginning of this year.

Humanitarian group Save the Children says it is deeply concerned for the children in the north of the country as well.

In some clinics where Save the Children works, the number of malnourished children who came for life saving treatment rose by 60 per cent between the end of last year and July 2020, the organization says.

‘A deadly combination of war and hunger’ 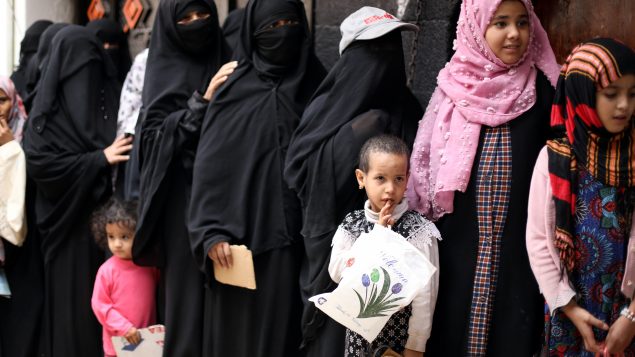 Women and children queue to receive food rations at a charity kitchen in Sanaa, Yemen July 19, 2020. Acute malnutrition rates among children below five years old are the highest ever recorded in parts of southern Yemen, according to the latest Integrated Food Security Phase Classification. (Khaled Abdullah/REUTERS)

Save the Children’s country Director for Yemen, Xavier Joubert, says the numbers released by the UN “should serve as a loud alarm bell.”

“The deadly combination of war and hunger is pushing thousands of children closer to starvation every day,” says Joubert.

“Children in Yemen have become collateral damage in a war that has raged for more than five years. It is horrific to think that, in just half the country, almost 100,000 children under five are on the brink of starvation – malnourished to the point their lives are on the line.”

The already dire situation in Yemen is also being fuelled by a deadly combination of the raging COVID-19 pandemic and increased food prices, humanitarian agencies say.

Food prices have skyrocketed 140 per cent above pre-war levels, according to UN estimates.

As of mid-October, only $1.4 billion US of the $3.2 billion US needed for the humanitarian response plan in 2020 has been received, UN officials say.