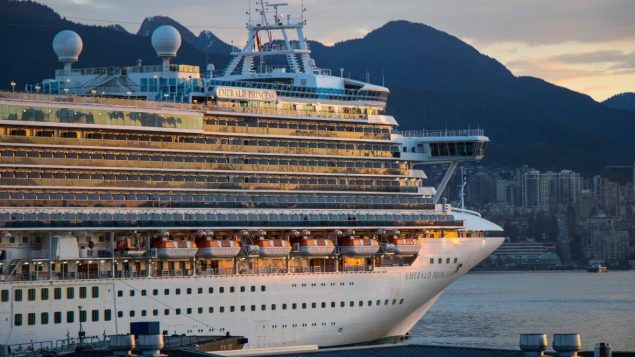 Cruise ships can carry thousands of passengers and have been important to many economies as visitors spend at various ports. International bans have meant extreme hardship for the industry, and many ports, including those in Canada. The federal Transport Dept. has just extended the Canadian ban. (Gian-Paolo Mendoza/CBC)

Late last week the Canadian government announced it was extending the ban on cruise ships coming to Canada.  The move will now extend the ban until the end of February 2021.

The huge cruise ship industry worldwide has been extremely hard hit by the pandemic with almost all the huge and expensive ships being laid up for months. In 2019, the cruise industry worldwide carried some 30 million passengers, and was worth approximately $150 billion USD.  With the arrival of COVID, the industry virtually collapsed in March and has remained stagnant ever since. 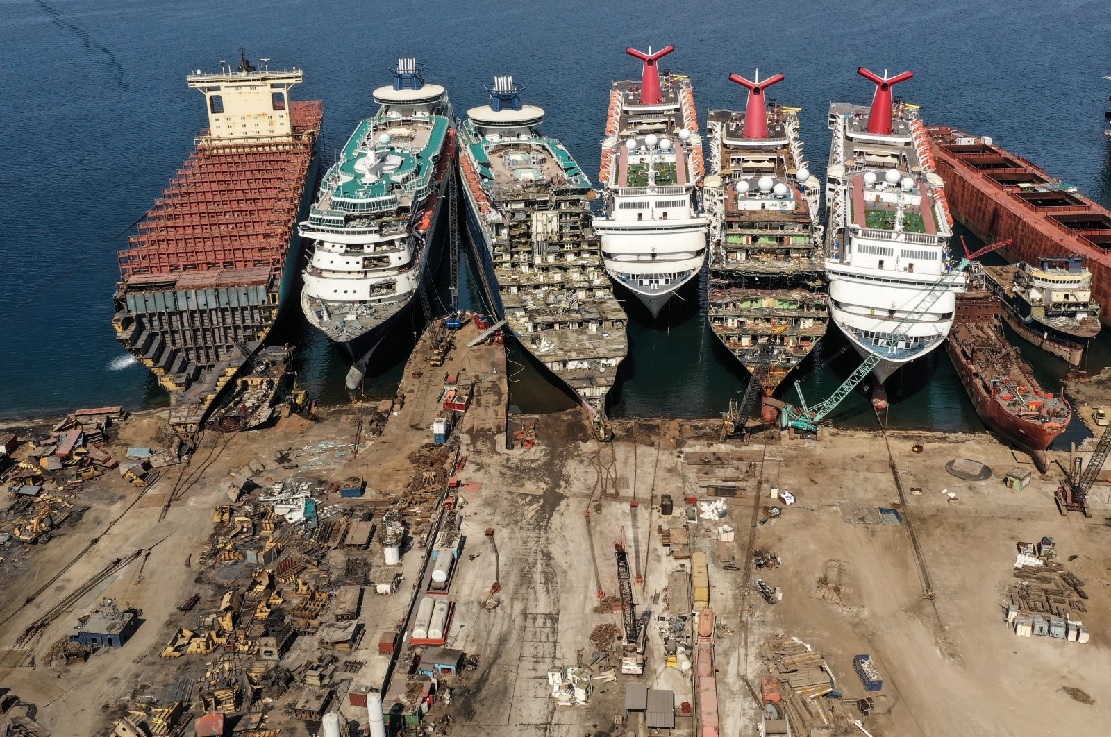 Oct 2, 2020: Five former cruise ships, 2 Royal Caribbean and 3 Carnival ships at a breakers yard in Turkey.in October.  Among them is the Carnival Fantasy which underwent an expensive refit just last year. Such ships usually are in service for 30 years, but are being scrapped early as maintenance and layup costs for empty ships are extremely expensive Similar scenes are playing out at other breaker’s yards around the world (Reuters)

The Canadian ban is likely to have relatively little effect as winter is not an active season for such ships to come to Canada. The ‘Canadian’ season begins roughly in April, starting on the milder west coast, and extends through the summer to the end of October.

In the U.S meanwhile, where the fall and winter cruise season through warmer climes is extremely lucrative, the Centres for Disease Control has given permission for cruise lines to begin to sail again in U.S waters, albeit under strict conditions.  This may signal welcome news for thousands of Canadians who want to vacation in the south to escape the cold Canadian winter.

The CDC’s “Framework for Conditional Sailing Order for Cruise Ships” which began yesterday, does not however signal an immediate return to operations.

The ‘conditional’ permission includes requirements for cruise ships to first create labs capacity to test crew and future passengers at regular intervals and when  anyone embarks or disembarks from the vessel.  They must also first carry out a simulated journey to show they can operate safely with crew aboard and unpaid volunteers and other crew acting as passengers,

The mock trip or trips would include full meals and shipboard activities and entertainment in common areas as if it were an actual voyage. but while also observing social distancing and requiring everyone to wear masks in public areas.

Ships will have fewer passengers than previously and crew will be isolated for 14 days when embarking and another 14 days after disembarking. This would not apply to passengers who would however be tested twice before boarding.

The CDC requirements are based on 74 recommendations from months long discussions from the industry itself and non-governmental experts with CDC representatives as observers.

Cruise lines have been singled out as particular sources for spreading COVID. They bring thousands of passengers and crew from all over the world together in a ‘closed’ environment and in close quarters where social distance is difficult to maintain. An infection on board can later be spread back into communities into several countries as unknowingly infected passengers return to their communities and countries.