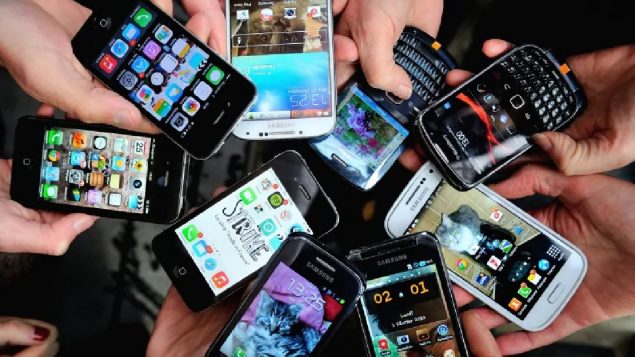 Canadians love their smartphones, but we're also paying the highest prices in the world to use them ( Philippe Huguen-AFP-Getty Images)

Canada: where wireless is among the world’s most expensive

It used to be when you mentioned, ‘the Big 3’ in Canada, people knew you were talking about Ford, Chrysler, and GM. Now however that phrase refers to Canada’s telecom giants, Rogers, Telus, and Bell.

According to the 2019 report by the regulating body, the Canadian Radio, Television, and Telecommunications Commission (CRTC), the three firms together control some 90.7 per cent of  Canada’s wireless market.

In 2014 the government auctioned off new segments of the wireless spectrum to boost competition, but many of the new smaller companies were bought up by the big three.

Fido was bought by Rogers, Virgin by Bell, and Koodoo by Telus. Mobilicity was also picked up by Rogers,  Public Mobile by Telus, Lucky Mobile and Solo Mobile are under the Bell brand.

Although Canadian Alexander Graham Bell invented the phone, and Canadians have been world leaders in telecom technology it may seem somewhat ironic that Canadians have long been told they’re paying some of the highest wireless rates in the world, A new study by Helsinki-based Rewheel wireless market analyst firm has confirmed it. 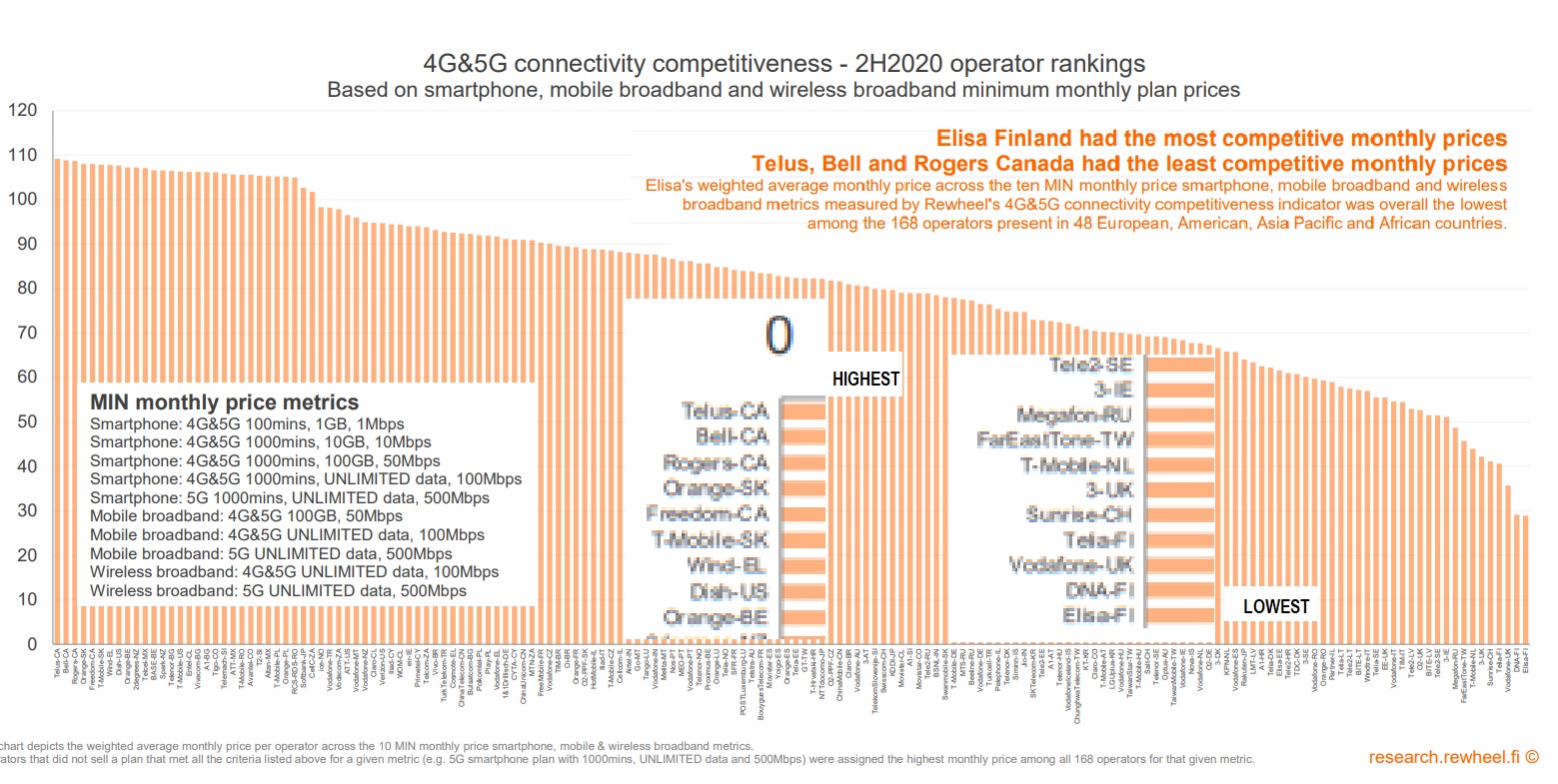 The Big 3 were also variously listed as having the highest prices for various data plans, Depending on the plan, Canadian were paying 16 or 17 times more than the least expensive countries.

The study looked at 148 providers in 48 countries in the EU, Americas, Africa, and Asia and has been  tracking broadband prices around the world since 2014.

The latest analysis is based company’s minimum prices for monthly plans for smartphones, mobile broadband and wireless broadband which were posted in the second half of this year.

In its 2019 report, Rewheel asked .” What is wrong with competition in the Canadian, Japanese and US markets?

Canada’s federal government said in March of this year that having a smartphone or internet is no longer a luxury and ordered providers to drop prices by 25 per cent within two years or face legislation.

So far prices have generally been lowered slightly, around 8-10 per cent for many plans offered by the Big 3, but apparently not enough to keep Canadian telecom giants from top spot as the most expensive in the world