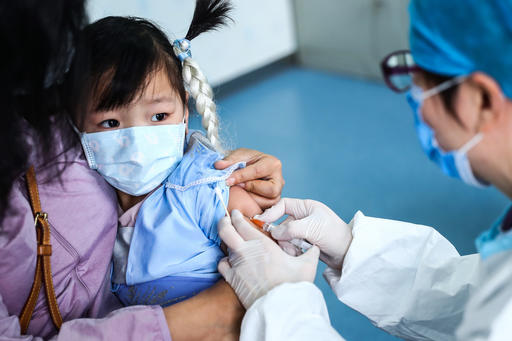 Unlike many other countries, China has been able to resume immunization in most of its regions in spite of the pandemic. (Zhang Yuwei/UNICEF)

The COVID-19 pandemic has disrupted immunization services around the world, according to UNICEF and The World Health Organization (WHO). The two United Nations organizations are calling for emergency action to avert what it fears will be major measles and polio epidemics.

They estimate that $520 million Cdn is needed for the polio program and $332 million Cdn for measles immunization.

Measles can kill but can be prevented

In recent years, there have been outbreaks of measles in all parts of the world. In 2019, this disease climbed to the highest number of new infections in more than 20 years. Before the measles vaccine was introduced in 1963 and there was widespread vaccination, major epidemics broke out about every two to three years causing an estimated 2.6 million deaths annually.

Polio, in its most severe form, can cause nerve injury leading to paralysis, breathing difficulty and sometimes death. Currently, transmission of this disease is expected to increase in Pakistan, Afghanistan and in many parts of Africa that do not have enough immunization. The UN agencies worry that failure to eradicate polio now could lead to a global resurgence of the disease. They predict that could result in 200,000 new cases annually, within a decade. 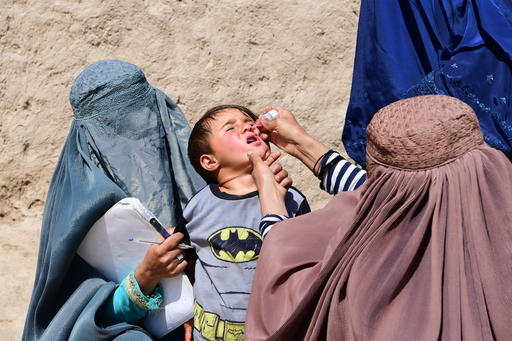 The campaign to give oral polio vaccines in Afghanistan has been disrupted by the COVID-19 pandemic. (Frank Dejongh/UNICEF)

Canada has played an active role in global efforts to step up immunization against polio and other diseases. It has helped fund GAVI, a public-private partnership created in 2000 to increase access to immunisation in poor countries in the world’s poorest countries. But the pandemic has disrupted immunization.

“We cannot allow the fight against one deadly disease to cause us to lose ground in the fight against other diseases,” said Henrietta Fore, UNICEF Executive Director in a statement. “Addressing the global COVID-19 pandemic is critical. However, other deadly diseases also threaten the lives of millions of children in some of the poorest areas of the world. That is why today we are urgently calling for global action from country leaders, donors and partners. We need additional financial resources to safely resume vaccination campaigns and prioritize immunization systems that are critical to protect children and avert other epidemics besides COVID-19.”

Canada ‘will continue to monitor…evolving needs’

In response to this newest request for funding, Global Affairs Canada said it “will continue to monitor the evolving global needs for measles and polio immunization–consequences of the COVID-19 pandemic.” In an email to Radio Canada International, it pointed out that “In May 2020, Canada pledged $600 million to the third replenishment of Gavi, the Vaccine Alliance. Canada’s support will help Gavi to immunize hundreds of millions of children around the world against deadly diseases, such as measles, diphtheria and typhoid. At the same time, Canada pledged $47.5 million annually over four years to Global Polio Eradication Initiative’s end-game strategy.”

This particular request from UNICEF and the WHO seeks funding for immunization programs in middle-income countries not covered by the GAVI initiative. These may be countries such as Brazil, Angola, Lebanon and Malaysia, to name a few.

Annie Bodmer-Roy, Director of International Policy and Programs at UNICEF Canada acknowledges the Canadian government’s efforts on international immunization but in an email she stated: “We must ensure Canada’s response to COVID-19 does not detract from crucial efforts to save children’s lives from preventable disease, like measles and polio. We are calling on Canada to allocate part of its international COVID-19 response to ensure equal access to vaccines for children in conflict and crisis, where need is highest. Funding is urgently required to resume vaccination campaigns, and build the health systems needed to protect against the next pandemic.”