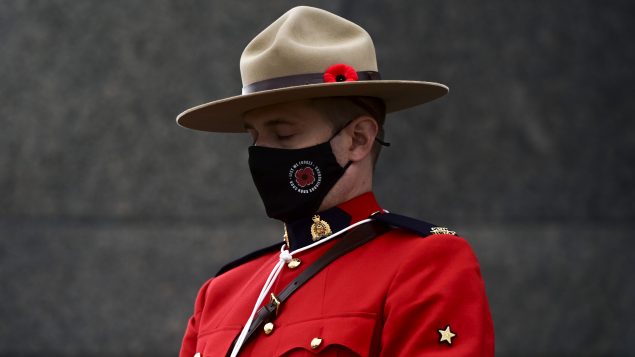 An RCMP sentinel stands guard during the Remembrance Day ceremony at the National War Memorial in Ottawa on Nov. 11. A new report sharply criticizes the force--as well as the Liberal government--for its slow reponse to information requests. (THE CANADIAN PRESS/Sean Kilpatrick)

The subject of controversy and the object of disapproval through much of 2020, Canada’s national police force is facing more criticism–this time from Canada’s information commissioner, Caroline Maynard.

In a special report tabled in Parliament on Tuesday, Maynard said the RCMP’s inability to respond to information requests has reached a “critical” point and something needs to be done,

“I would like to stress that the situation at the RCMP is critical and may soon be past the point of no return, unless senior leaders within the organization take action immediately,” Maynard wrote.

“Canadians rightfully expect that the police force for Canada, in charge of enforcing Canadian law, will itself comply with it.

“The gravity of the situation at the RCMP calls for bold and comprehensive action to turn the tide.” 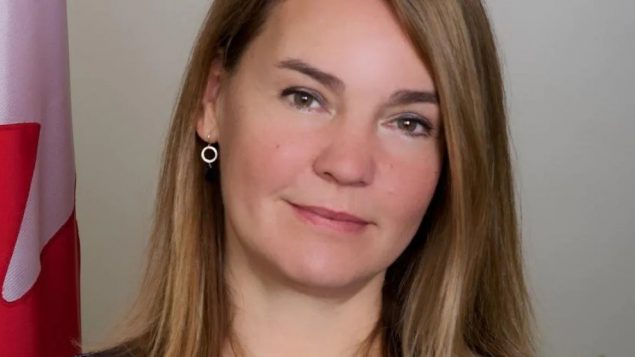 Maynard criticized Public Safety Minister Bill Blair and the Liberal government for what she said was their failure to take the issue seriously and to provide the necessary leadership to address the problem.

“The RCMP commissioner and the minister both appear to accept the status quo and are only prepared to commit to minimal improvements without a clear plan of action or timelines,” Maynard wrote her introduction.

Blair rejected the allegations of indifference at a Tuesday press conference, saying he was unaware that Maynard was releasing the report until last weekend.

He also announced he will issue a ministerial directive to start the process of improving the RCMP’s access to information performance.

“I want to assure you that I care about access to information,” Blair said.

“I think it’s an important obligation–both a legal obligation, but an obligation of government generally, to provide information where we are able in a timely way.” 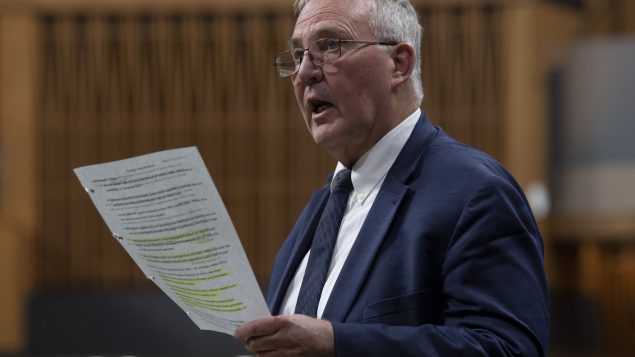 Public Safety and Emergency Preparedness Minister Bill Blair is pictured responding during Question Period in the House of Commons on Tuesday. (THE CANADIAN PRESS/Adrian Wyld)

Maynard launched an investigation into the RCMP’s access office in January 2019 after getting complaints about it failing to meet statutory time frames under the Access to Information Act.

Her review found that in February 2019, the RCMP had 4,532 active access to information requests–and 92 per cent of them had gone beyond the statutory due date for response.

“The size of the request backlog is shocking,” she wrote.

Focusing on delivering more training and resources, he office came up with six areas for improvement and 15 recommendations,

“With the pandemic, it’s even more important for people to know that they can trust governments and get the information about how decisions are being made, how my money is being spent,” Maynard said in an interview with The Canadian Press.

“When I hear government leaders saying that they want Canadians to trust them, I always think to myself: It starts with information.

“Provide them with information, show them how you make those decisions.”

Prime Minister Justin Trudeau appeared to agree with the assessment on Tuesday at his regular COVID-19 press briefing. 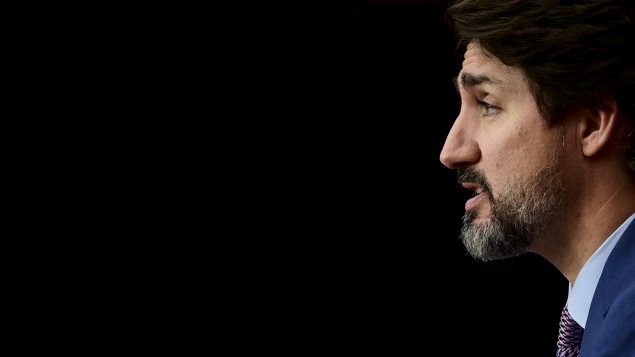 “Canadians need to have confidence in their institutions,” he said.

“We need particularly to have confidence in institutions like police forces like the RCMP. One of the best ways to do that is to demonstrate transparency and accountability.”

The CBC’s Catharine Tunney reported that in its response to the report, the RCMP said it faced “challenges in fulfilling our obligations under the Access to Information Act.”

Percival said a number of the report’s recommendations have already been addressed.

They include the call to create a specialized unit to triage and track requests in order to ensure timely responses.

“We are also in the process of procuring new processing software and other information technology solutions to better address the exceptional volume of requests the RCMP faces.”