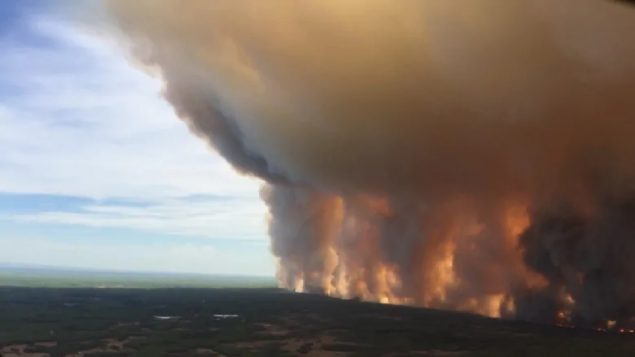 The Chuckegg Creek fire is seen from the air near the town of High Level, Alberta on Sunday, May 19, 2019. The report notes that while B.C., the Northwest Territories and Alberta have experienced more fires, nationally the number has been declining since 2000. (Government of Alberta/The Canadian Press)

Are there more forest fires in recent years in Canada? A new study says not really. It may seem surprising given the news reports of massive wildfires in Canada, but the study shows there’s actually been a downward trend nationally in the last 30 years.

The new study comes from the Fraser Institute, a non-profit public policy think-tank. Robert Murphy, senior fellow with the institute is the author of “Trends in Canadian Forest Fires, 1959-2019. 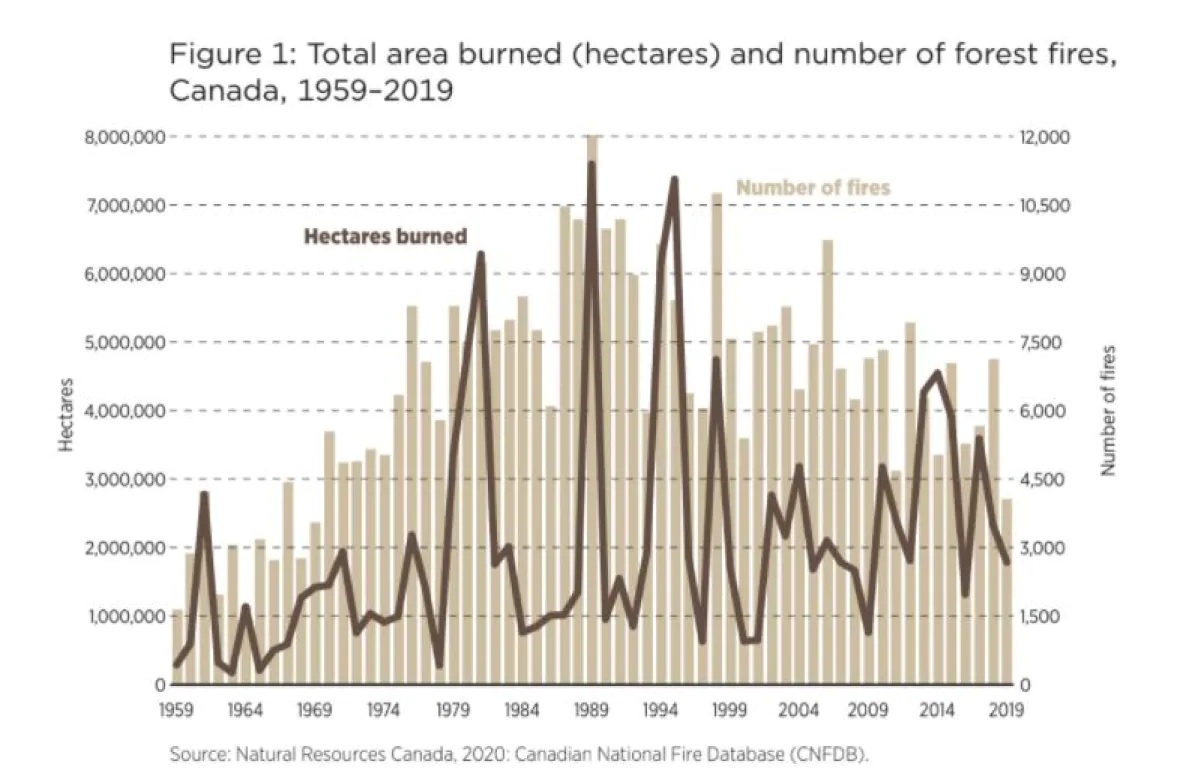 Murphy says “Contrary to popular misperceptions, forest fire activity in Canada is on the decline over the last three decades, and that is consistent with global fire activity”. 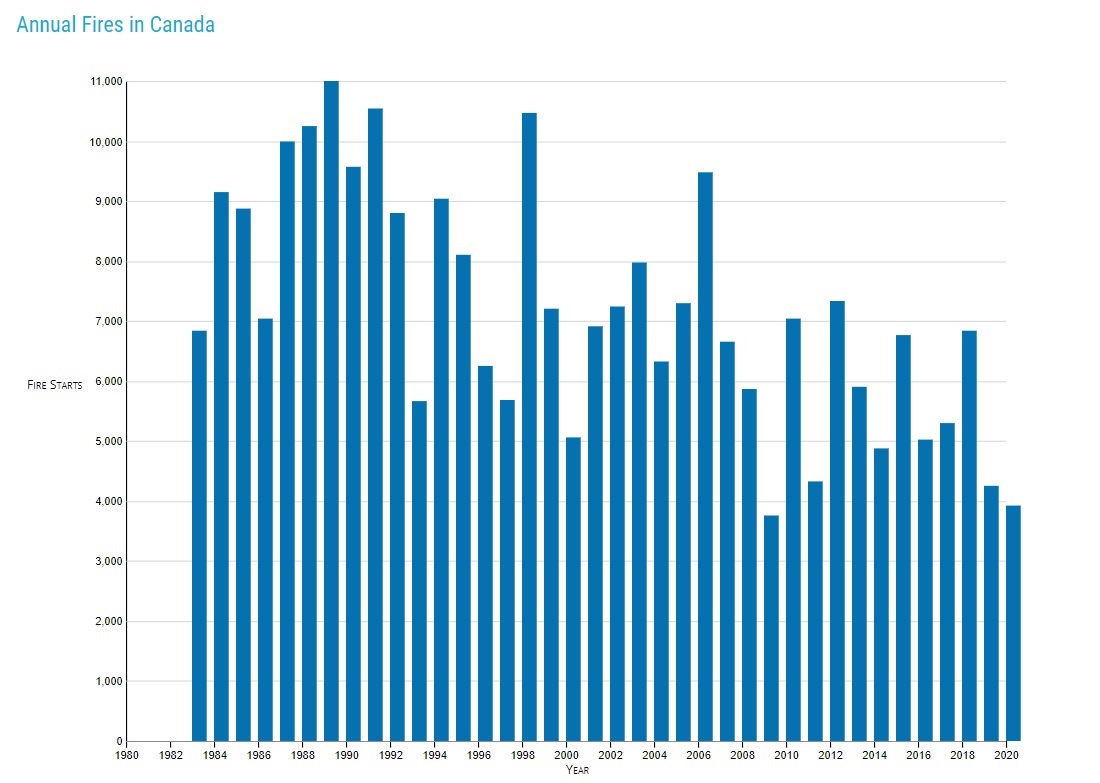 The study shows a general increase in wildfires prior to 2000, and then a general decline to date.

While the average shows a national decline in the number of fires, the report does note an increase regionally in British Columbia and the Northwest Territories where there have been record fires. The study also shows Alberta had its second worst fire season in 2019 but adds elsewhere in Canada wildfire numbers have been relatively steady or declining.

Murphy has said he’s not a scientist but an economist who analyses numbers. He also says he’s not disputing climate change merely that the figures show a difference from the general perception that climate change and warming is causing more and bigger wildfires.

The report offers no explanations for the situation nationally, nor in the regions where fires have been greater, nor does it offer policy suggestions. The author says it’s only to inform.

Natural Resources Canada reports that on average about 2.5 million hectares are burned each year in Canada, though numbers have varied widely from year to year. About 45 per cent of Canada’s wildfires are started by lightning and the resulting fires represent about 80 per cent of the burned area.