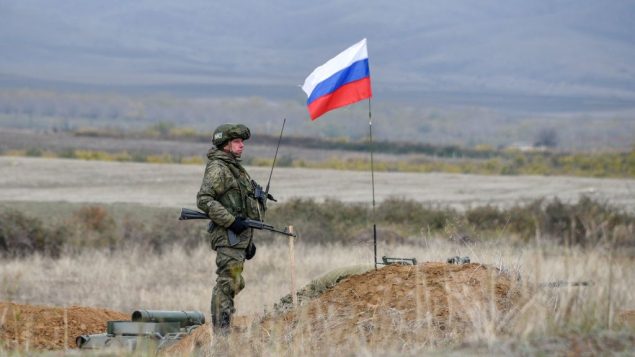 A Russian peacekeeper patrols at the check point outside Askeran on Nov. 20, 2020. (Karen Minasyan/AFP via Getty Images)

The Nagorno-Karabakh Knot – Episode 3: From Russia with peace

Twenty-six years after it brokered the end of the First Karabakh War in 1994, Russia has once again managed to carve out a leading diplomatic and military role in the resolution of the Nagorno-Karabakh conflict between Armenia and Azerbaijan.

President Vladimir Putin was instrumental in getting Armenian Prime Minister Nikol Pashinyan and Azerbaijani President Ilham Aliyev to agree to a ceasefire to end the 44-day war and to accept the deployment of Russian peacekeepers in the region.

The presence of nearly 2,000 Russian peacekeepers not only stabilizes the situation in Nagorno-Karabakh but also reinforces the Kremlin’s influence in the South Caucasus despite Turkey’s attempts to muscle its way into the region. 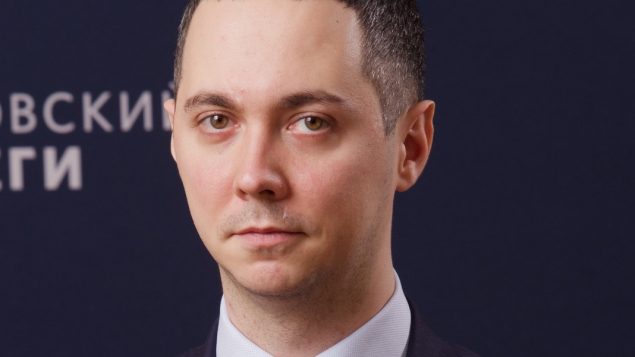 Radio Canada International spoke about Russia’s geopolitical gambit in the South Caucasus with Alexander Gabuev. He is a Senior Fellow and Chair at the Russia in the Asia‑Pacific Program of the Carnegie Moscow Center.