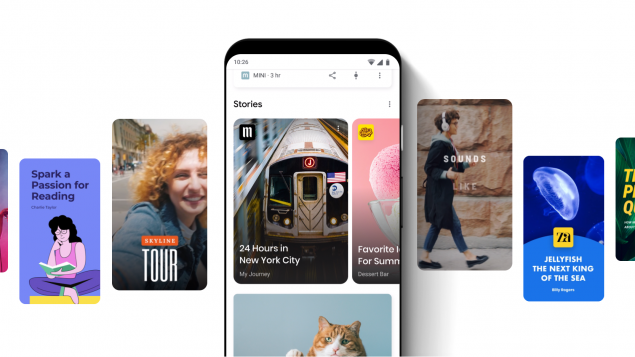 Stories, a multimedia narrative form initiated by Snapchat, are admired by those who love sharing on social media. Till now, this personalized magazine-like short digital publication has been extended to Instagram, Facebook. It has grown steadily and has been used in many creative ways.

Google has been developing its own story products for a while. As a part developed for the Accelerated Mobile Pages project, Google AMP Stories was launched in 2018. Since then, Stories have been integrated into Google mobile search.

For those who haven’t known much about Google Stories, Google now offers a series of YouTube instruction courses. There are 13 videos in this course series now and it’s constantly being updated.

These amusing instruction videos teach people with basic web knowledge tricks and tips for making their own Google Stories. And the “secret weapons” taught by the videos are definitely worth being equipped with for anyone who wants to become a successful Google Stories maker.

Different from app-based stories, Google’s stories are based on the open web. Google says Stories can be created by anyone, whether it is an individual creator or a big media publisher. More than 2,000 websites have published Google Stories, Google claimed.

Recently YouTube also added YouTube Stories to its mobile video App. In a long-term plan, Google will probably make Stories a cross-platform multimedia presentation as an alternative to magazines. From another perspective, Stories can be looked as a possible future of Google’s visual search.