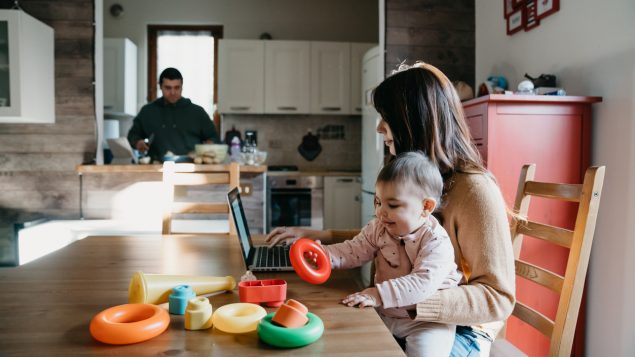 In the midst of the pandemic, the economic well-being of younger households, especially those with a major income earner in the millennial generation, is at greater risk, according to a new study by Statistics Canada (iStock)

Economic well-being of millennials at risk due to COVID-19, says StatsCan

While the COVID-19 pandemic has caused profound disruption in the lives of many Canadian households, it poses a greater risk to the economic wellbeing of younger generations, particularly the millennials, according to a new study by Statistics Canada.

The national statistical agency says there are several reasons why the economic fallout of the pandemic affects the millennial generation more than any other.

For one, many millennials depend more on wages and salaries as a source of income, while at the same time shouldering higher and increasing debt relative to their incomes. Many millennials also tend to work in industries that have been deeply affected by the pandemic.

In addition, the red hot housing market is also a much bigger barrier for first-time buyers. Finally, millennials have less equity in financial and real estate assets from which to draw upon when needed, according to Statistics Canada.

In the study, entitled “Inter-generational comparisons of household economic well-being,” generations are grouped into four categories, based on the birth year of the major income earner in the household: the pre-1946 generation; the baby-boom generation, including those born in the post-war period from 1946 to 1964; Generation X, including those born from 1965 to 1980; and millennials, including the children of boomers born after 1980.

Millennial households also include Generation Z―those with a major income earner born after 1996.

Recent assessments of the Canadian economy have noted that, while financial markets and real estate values have remained relatively stable since the beginning of 2020, the COVID-19 pandemic is having a more noticeable impact on employment, thus making millennials more vulnerable, the study says.

Also, while millennials earned more than Generation X when they both reached the age of 31, they also spent more in inflation-adjusted terms. Millennials faced higher costs than Generation X around this age, when many of these households began families and started buying their own homes. As costs related to housing are non-discretionary, millennial households may not have as much flexibility to adjust their spending when their income declines, the study notes.

In addition, employment for millennials fell more sharply than for older generations in services-producing due to the fact that the pandemic has affected more deeply sectors of the economy where millennials comprise a higher share of the total workforce, the study says.

As of the second quarter of 2020, employment for millennial workers fell by about 45 per cent from the prior year in accommodation and food services, by 29 per cent in information, culture and recreation, and by 20 per cent in retail trade, it adds.