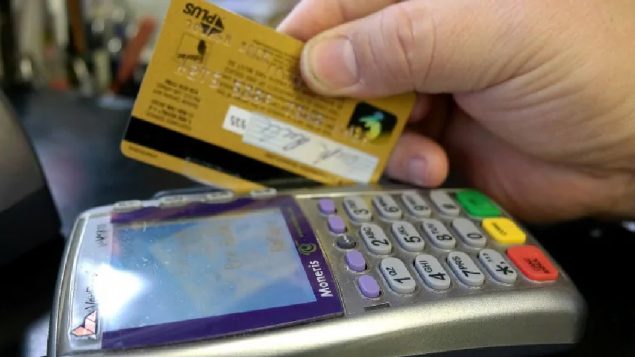 Figures released on Friday from Statistic Canada show for every dollar Canadians have in discretionary spending,, they owe $1.71 ( Bert Savard -CBC)

Canadian personal debt rising, but so is household ‘wealth’

In the third quarter of this year the agency noted that Canadians owed much more than they have to spend. The agency notes that average debt is now $1.71 for every $1,00 available to spend.

It also shows an increasing debt trend as the 170.7 per cent is up from the 162.8 per cent debt level in the second quarter.

While concerning, it remains below the high of the $1.81 debt per dollar of disposable income  reached in the fourth quarter of 2019.

In the second quarter however, with pandemic lockdowns, people were staying at home and the government was providing vast amounts of emergency funding and banks were deferring mortgage and other loan payments, all of which seems to have brought down the debt level. Household savings were also reported to be high with many people reducing discretionary spending on such things as restaurants and travel which were largely restricted due to COVID.

That debt level has gone back up in the third quarter possibly due to the winding down of emergency COVID funding programmes and deferrals coming to an end, even though employment figures began to creep back up to within 3.7 per cent of pre-pandemic levels.

However, income and financial inequities seem to have grown during the pandemic

Ksenia Bushmeneva, an economist at TD Economics, is quoted by the Canadian Press saying  “Wealth distribution tends to be highly unequal across income groups, as a result, recent gains in net worth have disproportionally benefited Canadians who were already better off,”

In a note to clients  Bushmeneva added,  “Generally speaking, wealthier individuals experienced larger increases in savings as they were more likely to retain their jobs while also cutting back on discretionary spending such as travel and restaurants which remain largely unavailable”.

One area of the economy that has greatly picked up is the home real estate market, thanks in part to large amounts of government emergency funding, very low mortgage rates, and numbers of people who realize they can telecommute for work and so no longer have to live in built up centres to be closer to work. At the same time as household debt has increased, so to has household ‘wealth’ due to the value of people purchasing new properties and their ever increasing value.