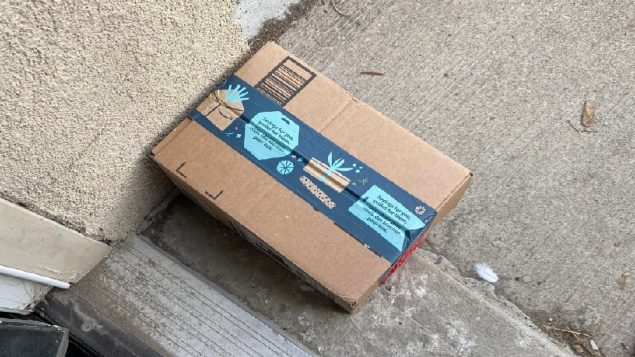 A Hamilton Ontario woman fed up with theft left this 'attractive' parcel on her doorstep. It was soon stolen. but it was no great prize for the thief ( submitted Laurie Pringle viaCBC)

As a result of COVID, there has been a huge increase in online sales, especially now as we approach Christmas.

As a result lots of deliveries of packages are being left on the porches and steps of houses all across the country.  That’s resulted in an increase in package thefts.

Now ‘porch pirates’ as they are known, have been around for some time, since online shopping began.  Estimates vary but literally millions of packages are stolen from doorsteps in North America every year.  A FedEx spokesman recently told CBC news that one in three Canadians have been the victim of porch pirates.

A woman in Hamilton, Ontario, recently got a least a little revenge. Fed up with thefts she filled up an Amazon box with the ‘used’ cat litter, taped it up and left it on the porch.  It didn’t take long for it to attract a thief, in fact a mere 40 minutes later it was gone. 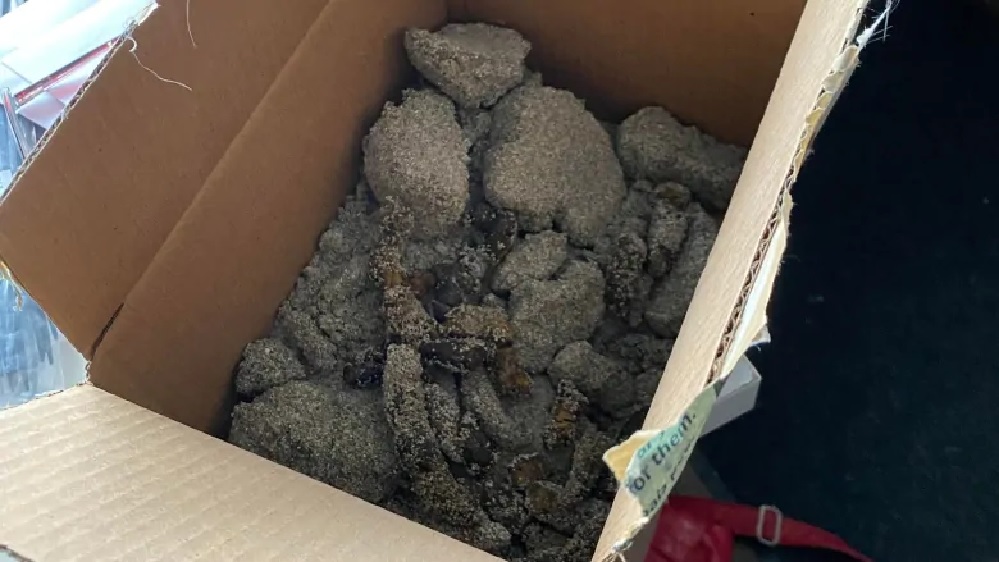 A box full of stinky used cat litter was the prize for the thief. (submitted Laurie Pringle via CBC)

Like many she didn’t report it to police telling CBC she had lost confidence in their ability to stop the thefts.

Hamilton police have recently started a programme called Operation Ama-gone ( a play on ‘Amazon’) to cut down on package theft.

Porch theft is a crime of opportunity and interestingly one American report says 51 per cent of thieves seen in videos stealing parcels are women. Often a thief is accompanied by an accomplice, either a lookout or getaway driver.

The Hamilton woman was not the first to poop on porch pirates parades, and a relatively quick search of online videos shows vast numbers of porch pirates stealing parcels, with several more showing how people have taken revenge with ‘bait’ packages.