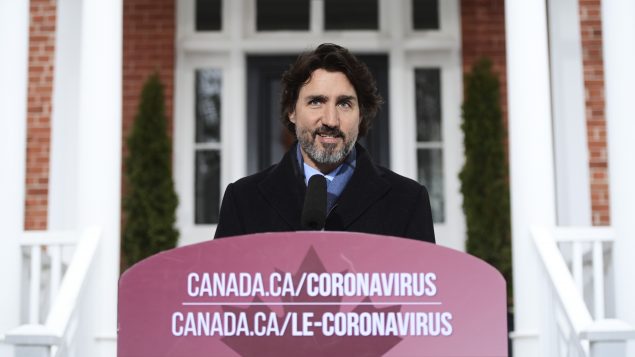 Canada has reached an agreement to purchase another 20 million doses of the Pfizer-BioNTech COVID-19 vaccine, Prime Minister Justin Trudeau said.

Speaking at his daily press conference in Ottawa, Trudeau said the agreements signed by the federal government with vaccine manufacturers Pfizer and Moderna have secured Canada access to 80 million doses – enough to vaccinate every Canadian according to the two-dose regimen.

“We are on track to have every Canadian who wants a vaccine receive one by September,” Trudeau told reporters.

“We’re going to continue working to see if we can get a few more doses, because all Canadians want this to move forward as quickly as possible.”

The announcement by Trudeau came as the expert committee that advises federal health officials released new recommendations on Tuesday, saying it is safe to extend the interval between the first and second doses of the Pfizer and Moderna vaccines up to six weeks. Officially, guidelines from Pfizer-BioNTech require the two doses be given 21 days apart, while Moderna recommends spacing doses 28 days apart.

This would allow health officials to inoculate a greater number of people and offer them some degree of protection against the virus without having to set aside half of the doses for the follow up shot.

The federal government has been under increasing pressure from the provincial and territorial governments to speed up the delivery of the vaccines as the number of COVID-19 infections continues to skyrocket, threatening to overwhelm the health system.

According to Canada’s Chief Medical Officer, Dr. Theresa Tam, there have been over 668,000 cases of COVID-19 in Canada as of Tuesday, including 17,086 deaths and over 82,500 active cases across the country.

“Nationally, the average case count is now over 8,100 new cases being reported daily over the past week, with a still increasing number of people experiencing severe illness,” Tam said.

There are an average of over 4,500 individuals with COVID-19 being treated in Canadian hospitals, almost 850 of whom are in critical care, and 145 deaths are being reported each day, she added.