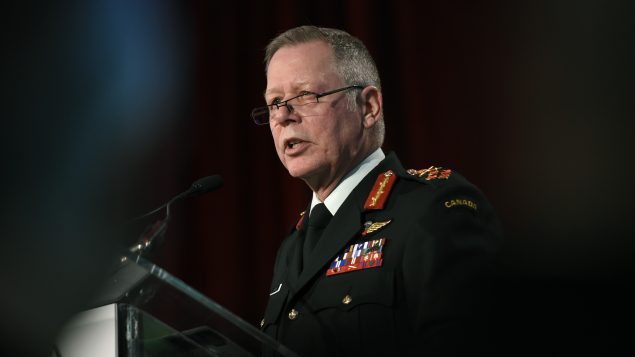 Chief of the Defence Staff Jonathan Vance delivers remarks at the Ottawa Conference on Security and Defence on March 4, 2020. Vance's successor, Admiral Art McDonald, and Defence Department Deputy Minister Jody Thomas say they are taking allegations about inappropriate behaviour and misconduct against Vance seriously, without suggesting they had substantiated them. (THE CANADIAN PRESS/Justin Tang)

Top defence officials say they are taking allegations about inappropriate behaviour and misconduct against former chief of defence staff Jonathan Vance seriously and will have more to say in the coming days.

Saying they were “troubled” by the allegations, McDonald and Thomas said misconduct by anyone at any rank in the Canadian Forces harms the military’s ability to operate and protect the country.

“We will be communicating more in the coming days and have no further comment at this time,” they said. 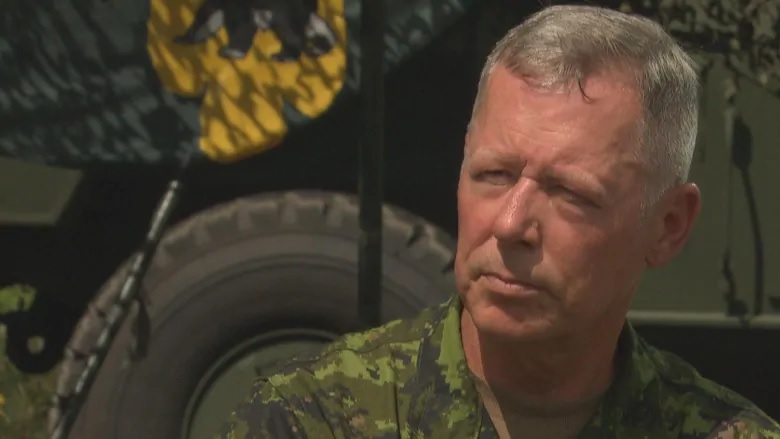 Their statement came after Global News reported Tuesday that Vance allegedly had an ongoing relationship with a woman he significantly outranked.

He is also alleged to have made a sexual comment to a second–much younger–soldier in 2012, three years before he was appointed chief of the defence staff in 2015.

Vance acknowledged to Global News that was in a relationship with the first woman nearly 20 years ago, but that it had evolved over the years and was not sexual.

He said he had no recollection of making a sexual comment to the other junior member, adding if he did make the comment it would have been intended as a joke and that he was prepared to apologize.

Neither CBC News nor Canadian Press was able to reach Vance for comment on Tuesday and the allegations against him could not be independently verified.

In his inaugural speech when he took over as chief of defence staff in 2015, Vance said he planned to weed out bullies and abusers from the military.

“Any form of harmful sexual behaviour has been and always will be absolutely contrary to good order and discipline,” he said.

With files from CBC News (Murray Brewster), The Canadian Press