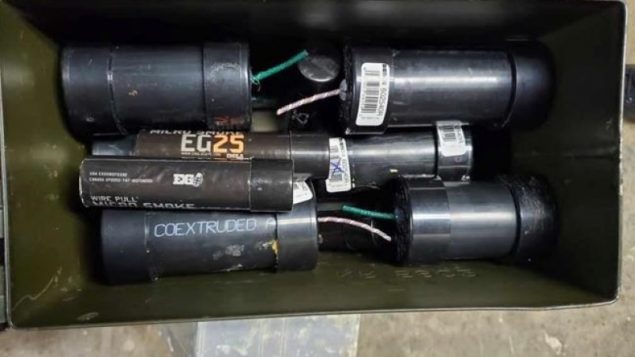 Ten homemade bombs, several firearms and a large amount of ammunition were seized from an Ancienne-Lorette, QC, home during a raid by RCMP agents last Friday. (CANADIAN PRESS/HO--RCMP)

The RCMP is declining to say if they know what a Quebec man planned to do with an arsenal of weapons and explosives he had in his home near Quebec City. 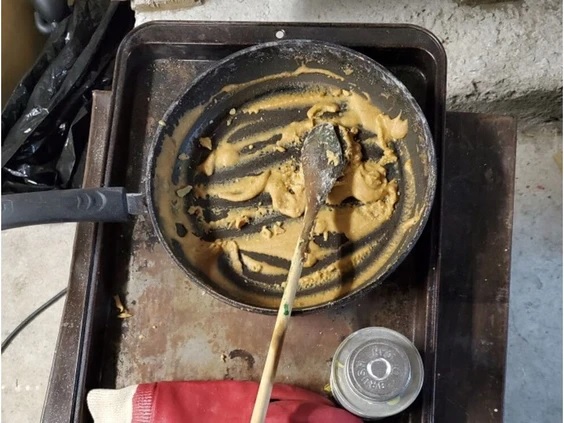 A reactive substance seized at the home of Karl Maheux near Quebec City. Maheux was arrested on last Friday. (RCMP)

Several firearms and firearm accessories and a large amount of ammunition were also seized.

Explosives experts were called in and several near-by homes had to be evacuated as the search was carried out.

The RCMP said they went to Maheux’s home after the Canada Border Services Agency intercepted a package containing a silencer designed to silence the sound of a gun. 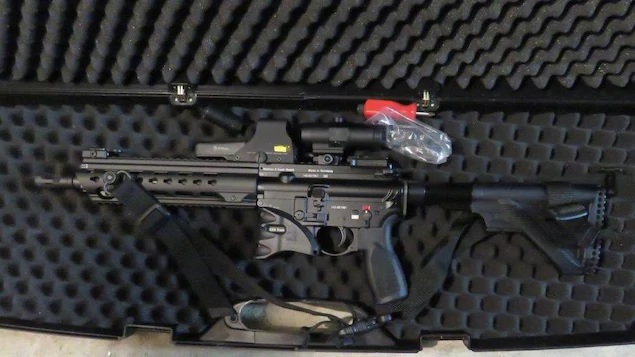 One of the weapons seized from Karl Maheux’s home last Friday is pictured. (Radio-Canada/RCMP)

Maheux, who appeared in court via teleconference on Sunday, was released with conditions.

He is scheduled back in court on March 19.

The RCMP said Maheux has no criminal history.

With files from The Canadian Press, Royal Canadian Mounted Police,