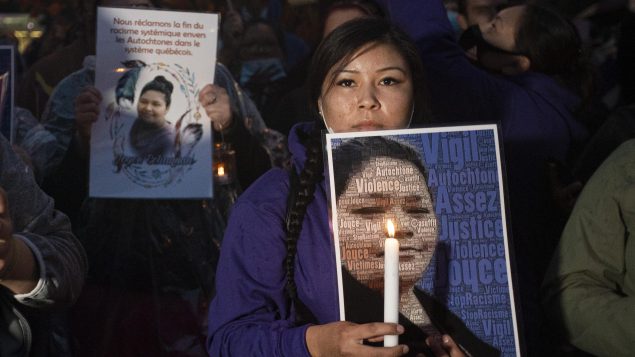 Developed by the Council of the Atikamekw Nation and the Atikamekw Council of Manawan following Echaquan’s death in 2020, Joyce’s Principle demands that all Indigenous people have an equal right to the highest standard of physical and mental health. (Ivanoh Demers/CBC)

Feds give $2M for Indigenous program fighting racism in healthcare

The federal government is allocating $2 million to two Indigenous organizations in Quebec to help them in their fight against systemic racism faced by First Nation communities in the provincial health system, Indigenous Services Minister Marc Miller announced Wednesday.

The money will go to the Council of the Atikamekw Nation and the Atikamekw Council of Manawan to help them with their advocacy for the implementation of Joyce’s Principle, named after Joyce Echaquan.

The Atikamekw mother of seven died in a Quebec hospital last September after she filmed herself from her hospital bed pleading for help and getting derogatory remarks from hospital staff. 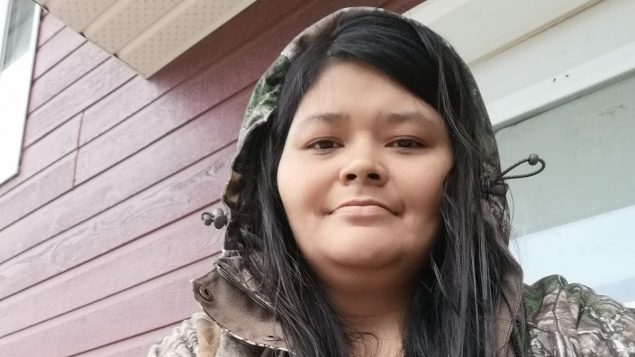 Joyce Echaquan’s death in September of 2020 in the hospital in Joliette, Que., is now the subject of two investigations. (Facebook)

The video sent shockwaves through Quebec and Canada, underlining the systemic racism faced by many Indigenous people in the healthcare system.

Developed by the Council of the Atikamekw Nation and the Atikamekw Council of Manawan following Echaquan’s death, Joyce’s Principle demands that all Indigenous people have an equal right to the highest standard of physical and mental health.

“Anti-Indigenous racism has been embedded in our healthcare systems for far too long,” Miller said in a statement.

The funding to support the work and advocacy of the implementation of Joyce’s Principle is an important step along the path to eliminating anti-Indigenous racism in healthcare systems, the minister added.

“First Nations, Inuit and Métis have the right to be served by a first-class healthcare system without fear of discrimination or maltreatment, no matter where they live,” Miller said. “We must all continue to stand up and speak up against the racism and discrimination faced by Indigenous Peoples across the country.” 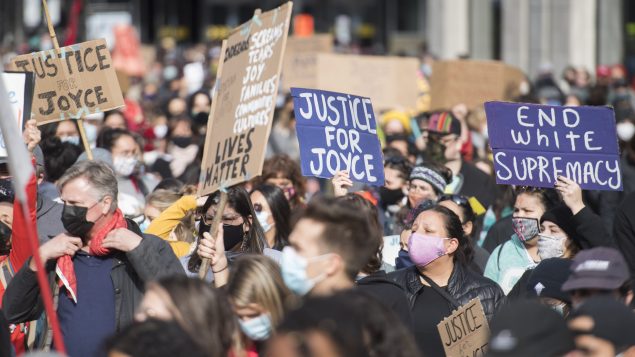 People take part in a protest called ‘Justice for Joyce’ in Montreal, Saturday, October 3, 2020, where they demand Justice for Joyce Echaquan and an end to all systemic racism. (Graham Hughes/The Canadian Press)

Grand Chief Constant Awashish of the Council of the Atikamekw Nation said the federal funding was very encouraging.

“The efforts undertaken from the beginning for Joyce’s Principle must not be in vain,” Awashish said in a statement. “The sad events surrounding the death of Joyce Echaquan have created a shockwave in Canada and it is the responsibility of all to ensure that such an event does not happen again.”

A third dialogue is planned for spring 2021. The objective of these meetings is to discuss concrete measures to eliminate anti-Indigenous racism in Canadian healthcare, federal officials added.