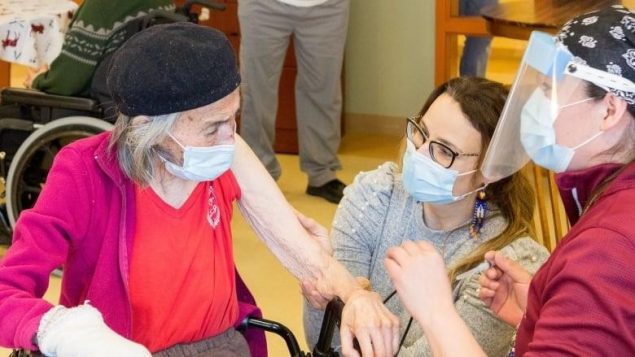 Laura Brien, a resident of nursing home in the Cree community of Mistissini in Quebec, gets her COVID-19 vaccine on Jan. 5, 2021. (Photo submitted by Joshua Loon)

Speaking at a press conference in Ottawa, Miller said the rate of vaccinations of First Nations, Inuit and remote northern communities in Canada’s three territories is six times higher than in the rest of the country.

Miller said the remote Indigenous and northern communities that often lack access to healthcare and suffer from chronic housing shortages were on the priority list of Canada’s vaccination efforts.

The National Advisory Committee on Immunization’s new guidance recommends that all Indigenous adults now be prioritized for immunization, Miller said. 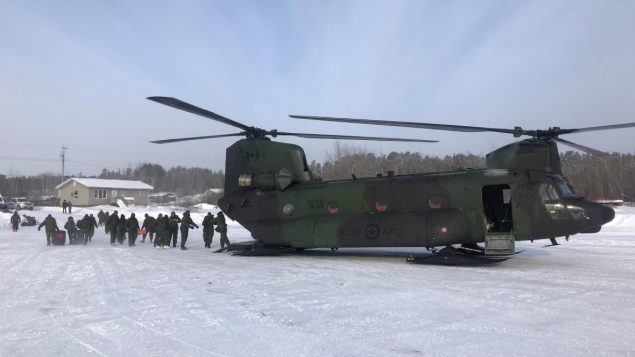 As of Tuesday, there were 1,383 active cases and 207 deaths in Indigenous communities across Canada out of a total of 19,230 confirmed positive COVID-19 cases since the start of the pandemic, Miller said. Over 17,640 people have recovered from the virus.

In another encouraging news, the National Microbiology Laboratory has confirmed that the coronavirus variant first detected in the U.K. was not found in some samples from Pauingassi First Nation in Manitoba, Miller said.

“While this is a relief, it is a further reminder that we can’t let down our guard, particularly as people start to worry about a potential third wave and impact of variants on that wave,” Miller said.

Efforts are underway to further increase immunization in Indigenous communities, as well as for Indigenous adults living in cities and towns across Canada, he said. 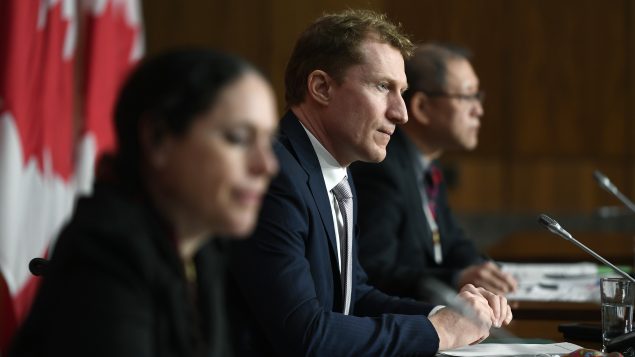 This includes working to identify barriers, challenges and opportunities for increasing vaccine uptake and ensuring the vaccine is available in culturally safe and accessible locations, he said.

“As I said before, it’s a race to vaccinate the last person and not the first,” Miller said.

Efforts include delivering vaccines to a Cree community in Alberta, an urban vaccination clinic in Winnipeg and a vaccination campaign in Nunavik, in northern Quebec, where efforts to vaccinate three-quarters of the population over 18 are on track, Miller said.

Already one-in-five of Nunavik residents have received the first doses of the Moderna vaccine, Miller said.

Vaccinations are also progressing in Yukon. The territory is using two mobile clinics to bring vaccines to people in rural communities, Miller said. These teams have visited all the communities and have administered the first dose and are starting to go back to administer the second dose.

The Yukon government will be receiving 15,100 doses of the Moderna vaccine by the end of the month and this will allow them to start clinics that will be open to all residents.

“So far Yukon has vaccinated 23.5 per cent of its adult population,” Miller said.

In Ontario, vaccination teams are close to their goal of vaccinating 70 per cent of the population of all the northern Indigenous communities, the minister said. In addition, all Indigenous adults are considered a priority group in the province’s next round of vaccinations, he added.

“While we see strong uptakes in many pockets of the country, vaccine hesitancy remains a concern,” Miller said.

Indigenous leaders across the country have been helping to educate their communities about the vaccines, he said.