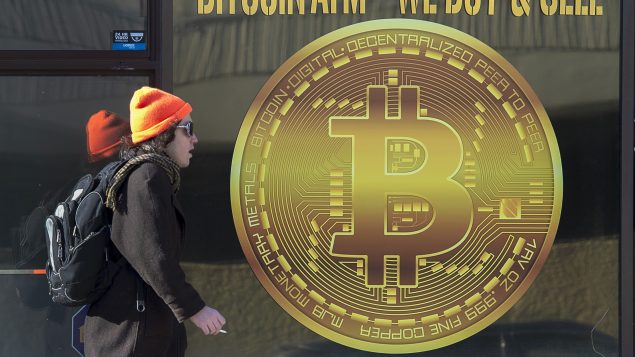 Even though Bitcoin fell sharply on Monday after the price for a single unit of the digital currency surged to a record $58,354 US a day earlier, investors were still flocking to the world’s first bitcoin exchange traded fund (ETF), Purpose Bitcoin ETF, on Toronto Stock Exchange.

On Monday alone investors traded $260 million shares of the Purpose Bitcoin ETF (ticker BTCC), which was launched Thursday. Just in the first two days its trading volume approached $421 million worth of shares.

The ETFs allow retail investors to gain access to Bitcoin investments without owning the asset directly.

Bloomberg ETF analyst Eric Balchunas said the Purpose Bitcoin ETF’s performance surpassed analysts’ estimates, adding that “if it were to keep up this pace it will be the biggest ETF in Canada in 20 days.”

But Purpose Bitcoin ETF wasn’t the only bitcoin exchange traded fund in North America for very long. A second ETF, from Evolve Funds Group Inc., began trading on Friday under the ticker symbol EBIT. But it debuted with a less impressive trading volume of about $14.5 million worth of shares.

“Canada has long been out in front with respect to ETF product development,” Ben Johnson, Morningstar Inc.’s global director of ETF research, told Bloomberg News. “From listing the first-ever ETF to more recently becoming home to the first-ever psychedelics ETF.”

The financial news company qualified the launch of Bitcoin ETFs at the TSX as “raging success.”

Both Evolve and Purpose Investment’s bitcoin ETFs have a management fee of one per cent.

The launch of the ETFs comes amid a surge in interest and the prices of Bitcoin and other cryptocurrencies fuelled by signs they are gaining acceptance among mainstream investors and companies, from Tesla Inc. and Mastercard Inc. to BNY Mellon.

Bitcoin fell as much as six per cent on Monday, and was last trading down 4.4 per cent at $54,941. Rival cryptocurrency ether fell seven per cent to $1,798 after also hitting a record high on Saturday.