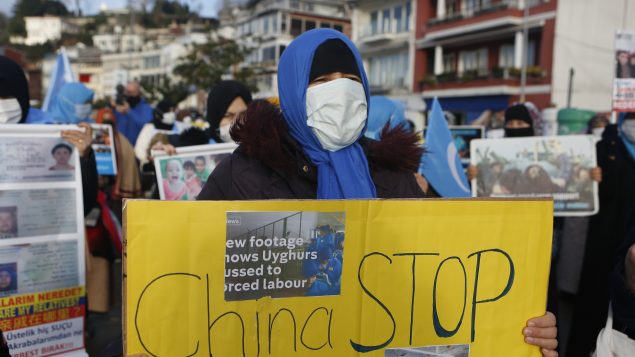 Members of the Uighur community living in Turkey are pictured during a protest near China's consulate in Istanbu on Feb. 10. More than a million Uighurs and other largely Muslim minorities have been swept into prisons and detention camps in China, in what China calls an anti-terrorism measure. (Mehmet Guzel/AP Photo)

Canada’s Parliament voted on Monday to formally label China’s human rights abuses against the Uighurs and other Turkic Muslim minorities in the western Xinjiang region as genocide.

All opposition Members of Parliament (MPs) as well as most Liberal MPs voted in favour of the Conservative motion introduced last Thursday. Foreign Affairs Minister Marc Garneau was the only member of Prime Minister Justin Trudeau’s cabinet present during the vote.

“I abstain on behalf of the Government of Canada,” said Garneau in the House of Commons.

The motion says China’s treatment of Uighurs and other Muslim minorities in Xinjiang meets the the definition of genocide set out in the 1948 United Nations Genocide Convention.

The non-binding motion also calls on the government to lobby the International Olympic Committee to move the 2022 Winter Olympic Games out of Beijing.

‘A time for moral clarity’ 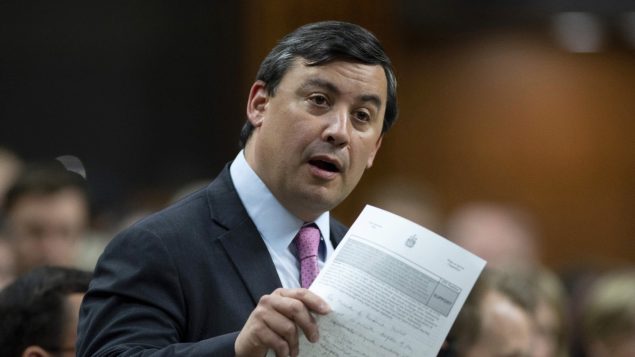 Conservative MP Michael Chong raises a point of order before the Finance Minister delivers the federal budget in the House of Commons in Ottawa, Tuesday March 19, 2019. (Sean Kilpatrick/THE CANADIAN PRESS)

“Today is a time for moral clarity,” said Chong. “We can no longer ignore this. We must call it for what it is — a genocide.”

China’s ambassador to Canada, Cong Peiwu, denounced the motion on Saturday in an interview with the Canadian Press. Cong said allegations of genocide were unfounded and amounted to China-bashing.

“We firmly oppose that because it runs counter to the facts. And it’s like, you know, interfering in our domestic affairs,” Cong told the Canadian Press. “There’s nothing like genocide happening in Xinjiang at all.”