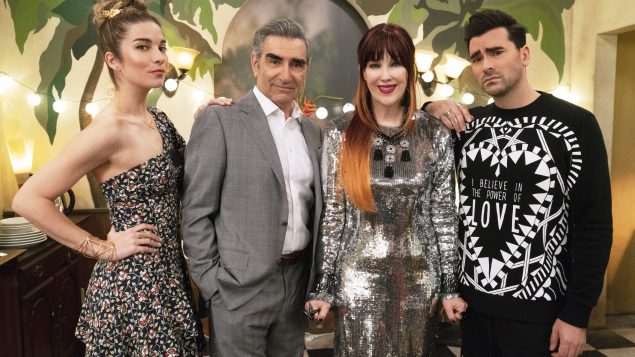 This image released by Pop TV shows, from left, Annie Murphy, Eugene Levy, Catherine O'Hara and Dan Levy from the series "Schitt's Creek." The series won the award for best television series, musical or comedy at the Golden Globe Awards on Sunday. (Pop TV via AP)

The Canadian television series Schitt’s Creek, about a once wealthy family gone to seed, has won more honours–though it did not match its record run when it won nine Emmys last September–breaking the Emmys’ standard for most wins in a single season for a comedy.

One of its stars, Catherine O’Hara, won the award for best actress in a TV Musical or Comedy

Dan Levy, who co-created the show with his father, Eugene Levy, accepted the award remotely and paid homage to the Canadian cast and crew. 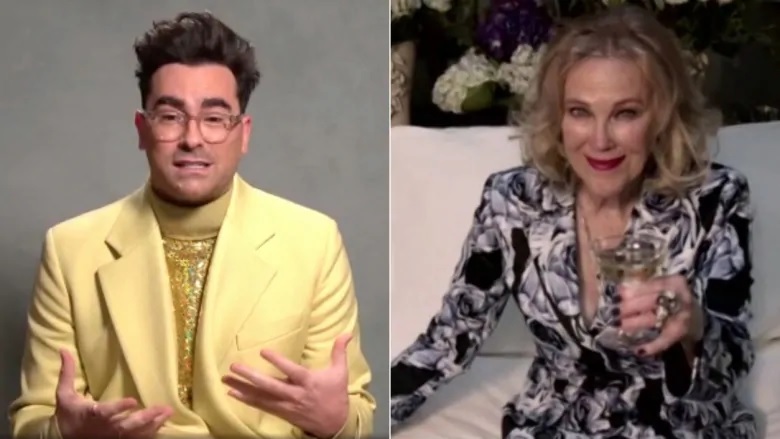 “The incredible work you all did over these past six seasons have taken us to places we never thought possible, and we are so grateful to all of you for it,” he said.

“Thank you to the CBC and Pop TV for making the active choice to keep this show on the air and give it the time and space it needed to grow.”

The show defeated fellow nominees Ted Lasso, The Great, The Flight Attendant and Emily in Paris.

Created in 2015, and launched on CBC, it developed a strong following around the world after it was added to Netflix, winning numerous awards.