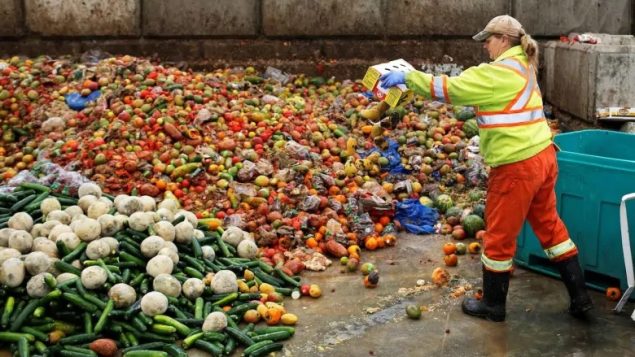 A United Nations report estimates that 17 per cent of the food produced globally each year is wasted. The report suggests the average Canadian wastes 79 kilograms of food a year at home, more than the average American (59 kg) and similar to the amount wasted by the average person in the U.K. (77 kg). (Reuters/Ben Nelms)

A new United Nations report puts some numbers on the amount of food that goes to waste in Canada.

The report, from the United Nations Environment Programme relies mainly on a 2019 study by Environment and Climate Change Canada.

It suggests that the average Canadian wastes 79 kilograms of household food every year.

That adds up to 2.94 million metric tonnes of household food waste annually.

The report, released Thursday, estimates that 17 per cent of the food produced globally each year is wasted. 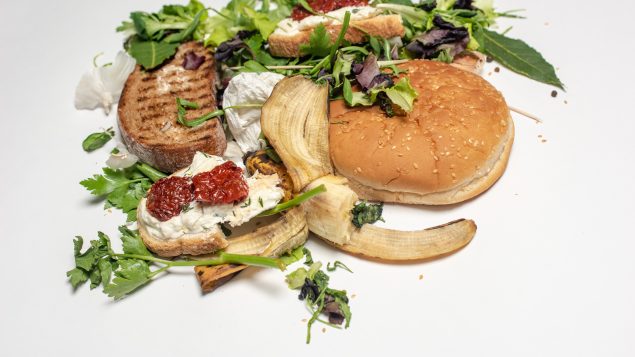 Food waste has become a growing concern because of the environmental toll of production, including the land required to raise crops and animals and the greenhouse gas emissions produced along the way. (iStock)

“The fact that substantial amounts of food are produced but not eaten by humans has substantial negative impacts: environmentally, socially and economically. Estimates suggest that 8-10% of global greenhouse gas emissions are associated with food that is not consumed,” the report says.

The report says about 61 per cent of the food waste happens in households, while the food service industry (26%) and retailers (13%) account for the remainder.

Canada did not have data for the food service or retailer food waste portions of the study.

The UN is pushing to reduce food waste globally, and researchers are also working on an assessment of waste that includes the food lost before reaching consumers.

A report released in Jan. 2019 found that  58 per cent of all food produced in Canada — 35.5 million tonnes — is lost or wasted and about a third of that wasted food could be “rescued” and sent to communities in need across the country.

With files from The Associated Press, CBC News,