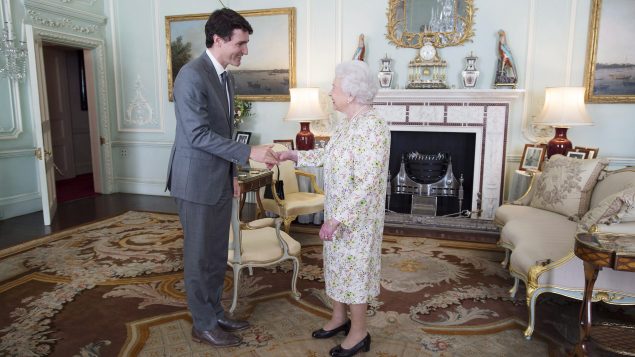 Queen Elizabeth II receives Justin Trudeau during an audience at Buckingham Palace in London on April 18, 2018. (THE CANADIAN PRESS/Sean Kilpatrick)

Prime Minister Justin Trudeau says he’s open to a constitutional debate about the role of the monarchy in Canada.

“Obviously, I wish all members of the Royal Family the very best. But my focus, as we’ve said, is getting through this pandemic,” Trudeau said when he was asked Tuesday if Canada should rethink its ties to the House of Windsor.

The subject was raised at Trudeau’s Tuesday news conference in the wake of Meghan Markle and Prince Harry’s interview Sunday night with Oprah Winfrey.

Markle, seated next to her husband, said an unnamed relative expressed concern with her husband about how dark their baby’s skin would be. 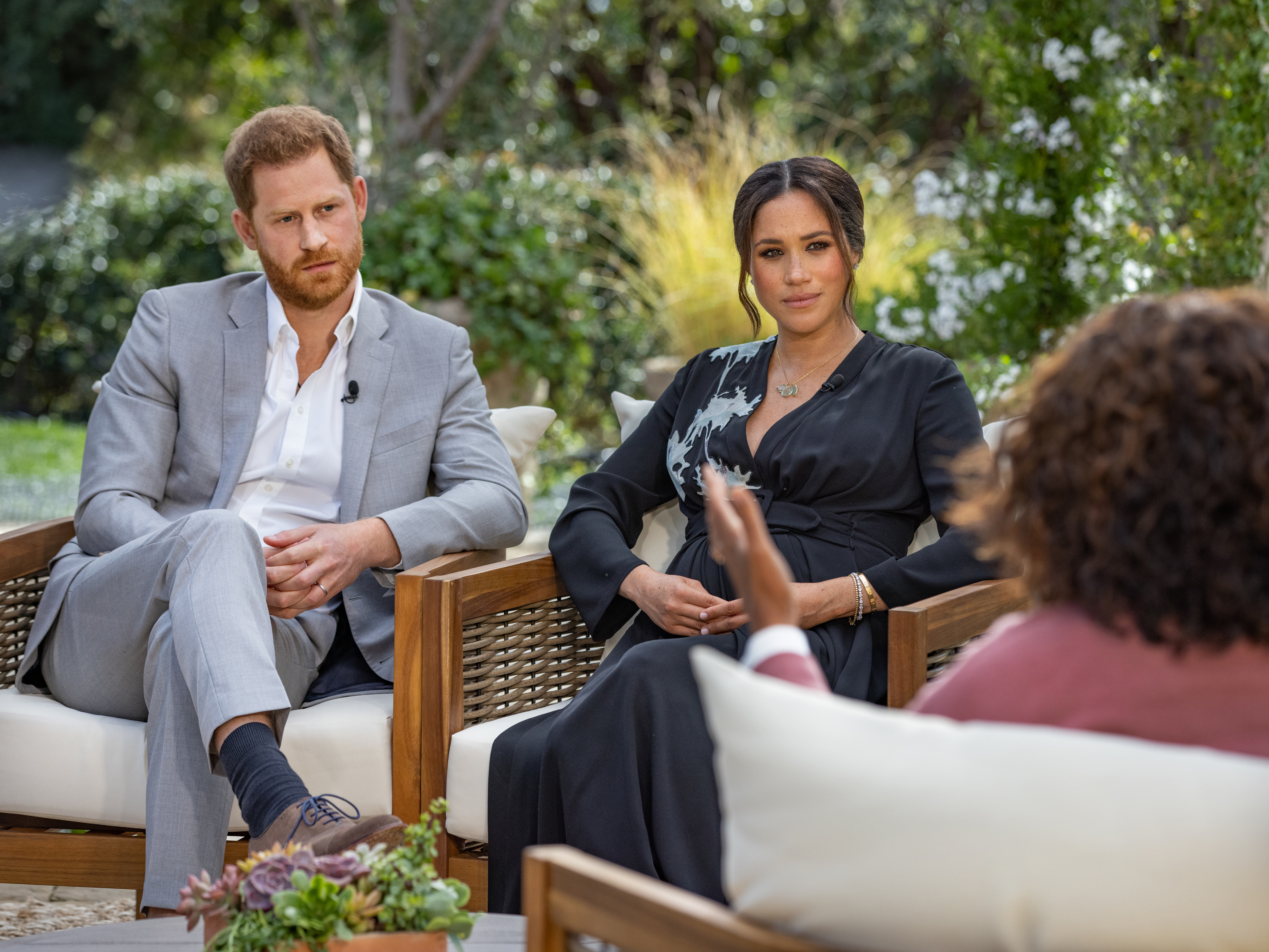 She said there were “several conversations” about that with Harry. He later clarified that the comments had not come from the Queen or her husband, Prince Philip.

The interview sparked debate–heated in some places–about racism at Buckingham Palace.

Asked how he reconciled his support for the monarchy with his pledge to decolonize Canadian laws and policies, Trudeau replied that while many of Canada’s institutions, including Parliament itself, are built on a legacy of systemic racism, the solution is not to dump them altogether but to reform them from within.

“The answer is not to suddenly toss out all the institutions and start over,” he said. 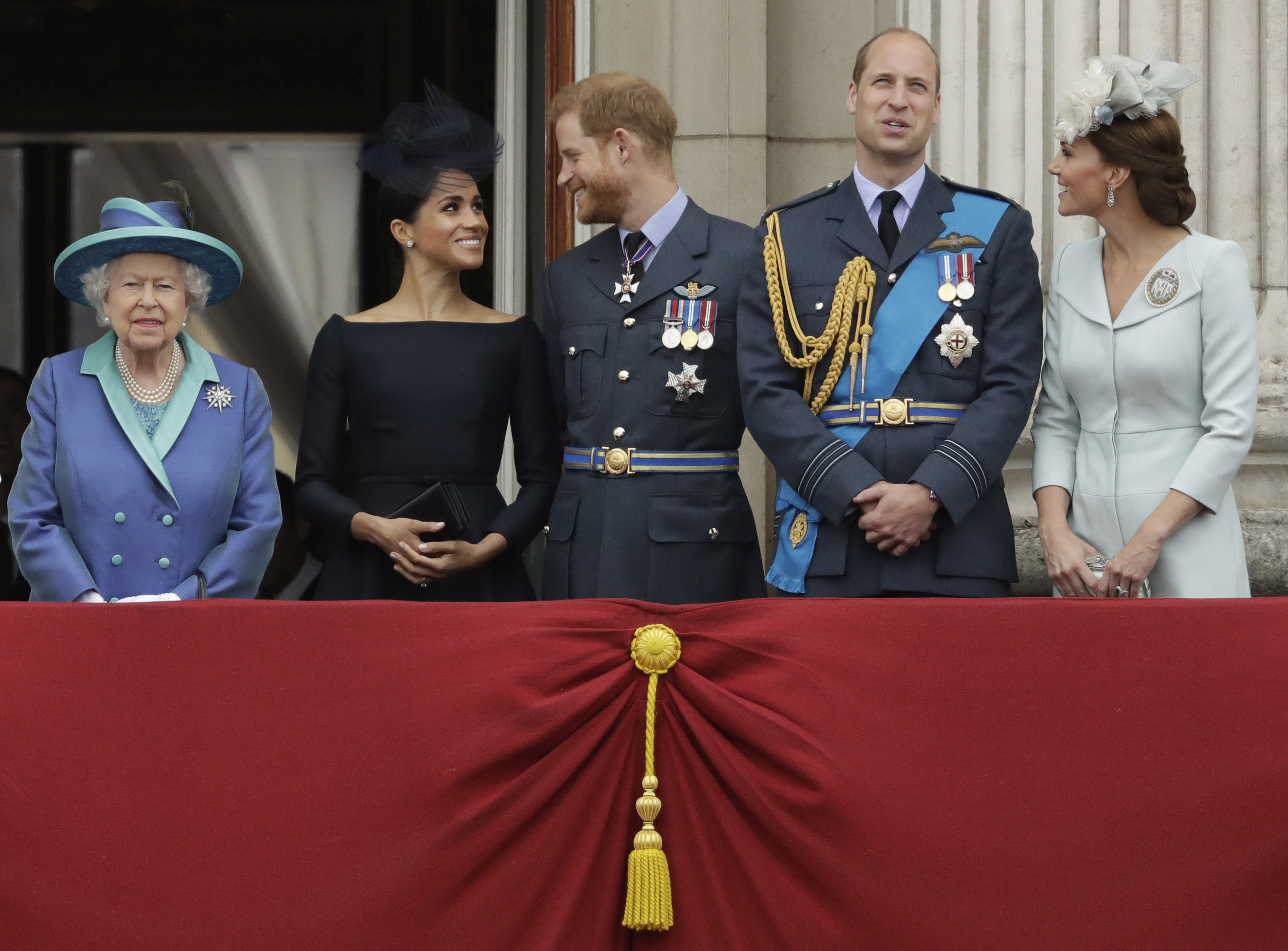 “The answer is to look very carefully at those systems and listen to Canadians who face discrimination … to understand the barriers, inequities and inequalities that exist within our institutions that need to be addressed, that many of us don’t see because we don’t live them.”

A poll in February by the Angus Reid Institute shortly after the governor general, Julie Payette, resigned found support for the monarchy waning in Canada–with 43 per cent of respondents saying they would eliminate the position of governor general while 22  per cent said they would opt to keep the role as is.

The Queen is Canada’s head of state and is represented by the governor general.

Abolishing the monarchy in Canada would be difficult.

Under the Constitution, all 10 provinces and both chambers of Parliament would have to agree to the change.