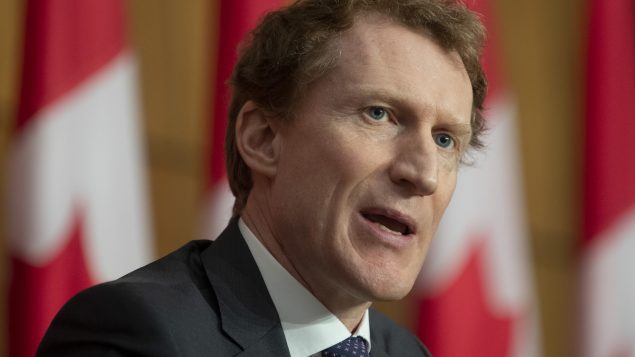 Indigenous Services Minister Marc Miller speaks during a news conference in Ottawa. The Canadian government announced that it is providing $8 million to the four Inuit Land Claim Organizations to address food insecurity in Inuit Nunangat. (THE CANADIAN PRESS/Adrian Wyld)

According to the press release from Indigenous Services Canada, the funding will go towards food security relief programs to ensure communities and households are able to receive food when they need it.

In a statement, Natan Obed, the president of Inuit Tapiriit Kanatami, said that Inuit face the highest documented prevalence of food insecurity of any Indgigenous people living in a developed country.

“As the COVID-19 pandemic continues, the status of food insecure Inuit households is becoming increasingly fragile. During the first wave of the pandemic, Inuit land claims organizations quickly mobilized to establish unprecedented measures to help support families,” Obed said. “The funds announced today will ensure that these critical programs can continue.”

In December 2020, the government of Canada had announced that $30 million of the $100 million Emergency Food Fund was being transferred to Indigenous Services Canada. According to the press release, of this $30 million, $8 million is being given to the four aforementioned Inuit land claim organizations.

“We recognize that food insecurity in Inuit communities is a complex challenge, and one that is best addressed by Inuit-led solutions,” the Minister of Indigenous Affairs Marc Miller said. “This funding will make a difference in the day to day lives of those living in Inuit Nunangat during this trying time.”