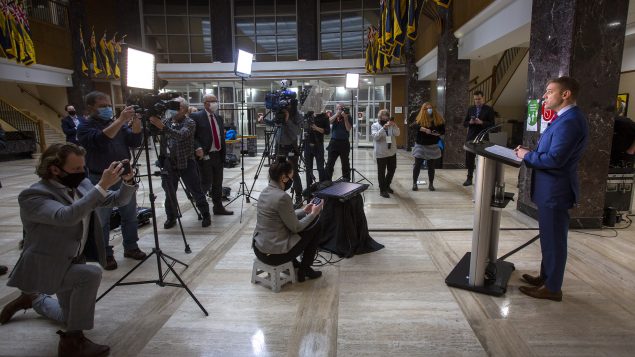 When Newfoundland and Labrador Premier Andrew Furey addressed a press conference in the lobby of the Confederation Building in St. John’s on Jan. 15, (above) as he announced a February 13, 2021 provincial election, it is unlikey that Furey or anyone else in the province could have predicted just how crazy COVID-19 would make that vote. Final results were finally announced Saturday with Furey and his Liberals winning a thin majority. (THE CANADIAN PRESS/Paul Daly)

In a long-delayed vote, Liberals keep power in Newfoundland and Labrador

Delayed for weeks by the COVID-19 pandemic, Newfoundland and Labrador’s general election–the first-ever, mostly mail-in vote in Canadian history–appears to be finally over.

Results were released on Saturday.

They showed the incumbent Liberals under Andrew Furey holding on to power with a thin majority–winning 22 of the province’s 40 seats–up from the 19 seats the party held at dissolution in January.

Both Crosbie and Coffin were defeated in their St. John’s ridings. 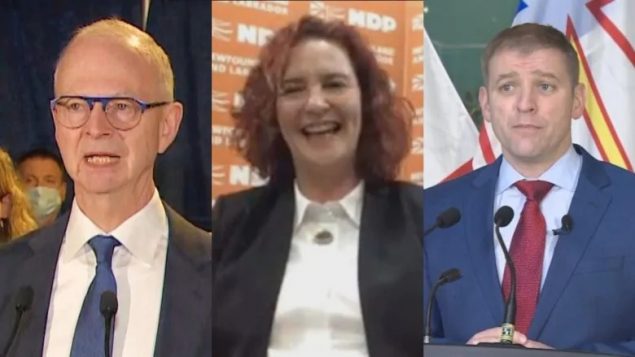 Newfoundland and Labrador was scheduled to vote on Feb. 13. A coronavirus variant outbreak derailed those plans, prolonging the election as voters scrambled to apply for mail-in ballots. Both Tory Leader Ches Crosbie (left) and NDP Leader Alison Coffin (centre) lost in their ridings. Andrew Furey (right) won his seat and returns as premier. (CBC)

The final results followed a chaotic campaign marked by long-running delays after the virus made its presence felt after Furey called the vote in January when cases were low–the last time things appeared normal across the province.

On Feb. 11–following an outbreak and two days before the scheduled Feb. 13 vote–chief electoral officer Bruce Chaulk cancelled in-person voting in 18 of the province’s 40 ridings after election staff resigned for fear of contracting the virus.

The next night, public health officials declared a province-wide lockdown.

After several extensions and controversies, the final deadline to receive ballots was Thursday at 4 p.m.

Now, Furey, an orthopedic surgeon who entered politics last year, has his work cut out for him.

Newfoundland and Labrador currently faces a $16.4-billion net debt and has the highest net-debt-to-GDP ratio in the country.

For much of the campaign, Furey chose not to focus on the numbers.

How he plays is from here is not entirely clear.

“The time for boldness is now, Newfoundland and Labrador,” he said Saturday at the close of his victory speech, delivered in a downtown St. John’s hotel room.

“It’s a dark day in our history telling us we must do better,” Coffin, who lost her St. John’s riding by 53 votes. said. 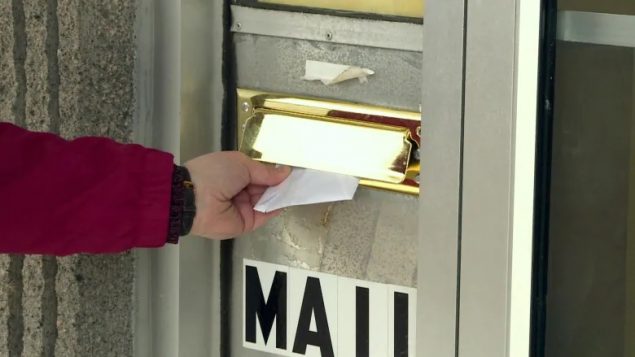 A last-minute voter drops their ballot off at Elections NL in St. John’s on Thursday. (Radio-Canada/Josée Basque/Radio-Canada)

“Our candidates have overcome astounding adversity. Our democratic sensibilities have been assailed. Amid a pandemic and a Newfoundland and Labrador winter, we have the lowest voter turnout ever.”

While the election does appear to be over.

In a story published Sunday, The Canadian Press’s Sarah Smellie reported  that there are several ways the election sill could still wind up in court, beginning with a recount in the St. John’s district where NDP Leader Coffin lost by 53 votes.

“It’s … improbable that a recount could resolve that but there were some concerns about how special ballots were counted,” Lyle Skinner, an Ottawa-based constitutional lawyer, told Smellie in an interview on Saturday.

Tory leader Crosbie, who lost his riding by more than 500 votes, did not take questions after the results were announded from the media on Saturday.

“I’ve spoken with Andrew Furey and Alison Coffin and offered them and their teams on behalf of our party, my sincere congratulations on a hard-fought election campaign,” he said in a pre-recorded message.

Newfoundland and Labrador was the fourth province to hold an election during the COVID-19 pandemic, following New Brunswick, British Columbia and Saskatchewan.