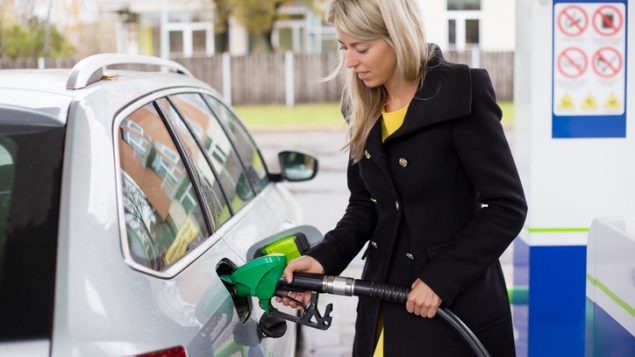 The increase in carbon tax on April 1 will translate to an extra 8.8 cents per litre of regular gasoline for the average consumer, according to the Canada Revenue Agency. (iStock)

With the federal carbon tax set to increase by $10 to $40 per ton on April 1, many Canadians will have to pay more at the pump or for heating their houses. But they will also get a bigger tax rebate cheque from Ottawa when they file their taxes next year.

The yearly increase is part of a national plan introduced by the government of Prime Minister Justin Trudeau in 2018 to combat climate change. Under the Greenhouse Gas Pollution Pricing Act, the federal government introduced a carbon pricing system for provinces which do not have an adequate carbon pricing model of their own.

The tax started at $20 per ton in 2019 and will rise $10 per ton each year until reaching $50 per ton in 2022. In December of last year, Prime Minister Justin Trudeau said the federal carbon tax on fuels is set to rise to $170 a tonne by 2030 as Canada works to meet its Paris Accord commitments on reducing greenhouse gas emissions.

The federal government won a major legal victory on Thursday, when Canada’s highest court in a 6-3 majority decision ruled that the carbon tax was constitutional.

Some provinces — notably Alberta, Ontario and Saskatchewan — have forcefully opposed the carbon tax, arguing natural resources are in the provinces’ jurisdiction under the Canadian Constitution.

Chief Justice of the Supreme Court of Canada Richard Wagner, writing for the majority, said the federal government is free to impose minimum pricing standards because the threat of climate change is so great that it demands a co-ordinated national approach.

“We need to ensure that our targets are aligned with science and countries around the world are going to have to raise their level of ambition to ensure that’s the case,” Wilkinson told Power & Politics.

“We are looking to enhance our level of ambition”: Environment Minister @JonathanWNV says the federal government will announce more aggressive emissions reduction targets in April at the U.S. climate summit. “We need to ensure our targets are aligned with the science.” pic.twitter.com/76SdWG8fEC

The targets that have been committed to under the Paris Agreement are not sufficient, Wilkinson said.

“If they were all fully implemented, you would see a rise in global average temperatures of more than 3 C, which would be catastrophic,” Wilkinson said.

The federal government is looking at a range of different options to reach the goal of the Paris Agreement of limiting the rise in global average temperatures to 2 per cent and ideally to less than 1.5 per cent, Wilkinson said.

“Canada needs to have a new economic strategy that is recognizing that the world is moving to low carbon and economies that are not moving in that direction are going to suffer,” Wilkinson said.

The increase in carbon tax on April 1 will translate to an extra 8.8 cents per litre of regular gasoline for the average consumer, according to the Canada Revenue Agency.

However, because the federal government considers the carbon tax to be “revenue neutral” it will be reimbursing Canadians in the provinces where the federal system was forcefully adopted at the end of the year.

Residents of Ontario, Manitoba, Saskatchewan and Alberta are currently eligible for the federal rebate.

For example, a family of four in Ontario is expected to receive around $451 this year from 2020 claimed taxes.