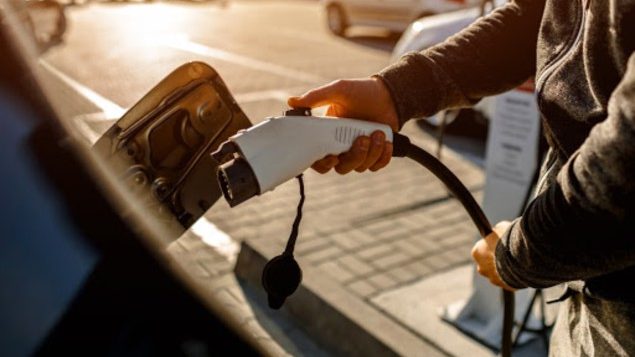 A report from the British Columbia found that over 54,000 light-duty electric vehicles (EV) were registered in the province in 2020. (iStock/Vlad Dmytrenko)

A record number of people have switched to electric vehicles in British Columbia according to the 2020 annual zero-emission update the B.C. government.

The report, released Tuesday, said that over 54,000 light-duty electric vehicles (EV) were registered in the province last year.

“With the highest reported uptake rates of EVs in North America, B.C. is quickly becoming a leader in the EV industry,” said British Columbia Minister of Energy Bruce Ralston. “Despite challenges from the pandemic, our EV sales remained steady in 2020, making it clear that British Columbians are committed to meeting our CleanBC goals and our transition to a clean energy future.”

The zero-emission report found that people in B.C. are also choosing to use electric vehicles technology for less traditional vehicles such as motorcycles and cargo e-bikes through a province’s Specialty-Use Vehicle Incentive program.

George Heyman, British Columbia’s minister of environment and climate change strategy, said the transition is happening because electric vehicles and charging stations are becoming more affordable and available through the province’s CleanBC program, which allows British Columbians to save as much as $8,000 when they buy an electric vehicle.

“People in communities across British Columbia are increasingly choosing electric vehicles to reduce air pollution, and for a better driving experience and lower operating costs,” Heyman said. “By investing in cleaner, more affordable transportation options of all kinds, we’re reducing climate pollution and supporting new opportunities for people in a stronger economy.”

According to a press release from the British Columbia government, there are over 2,500 public charging stations in the province. (iStock/Joe_Potato)

The report also said that B.C. is on its way to exceed the 2025 targets with light-duty electric vehicle sales representing 9.4 per cent of all new light-duty vehicle sales in B.C. last year.