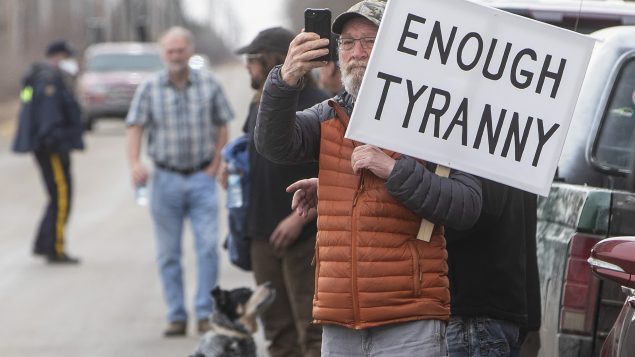 Supporters gather as a fence is put up around GraceLife Church near Edmonton on Wednesday. The Alberta government closed down and fenced off a church that has been charged with refusing to follow COVID-19 health rules. Alberta Health Services, in a statement, said GraceLife church will remain closed until it shows it will comply with public-health measures meant to contain the spread of the novel coronavirus. (THE CANADIAN PRESS/Jason Franson)

A long-running battle between the pastor and members of an Alberta church, who say their Charter rights are being threatened by provincial restrictions designed to fight COVID-19, and health authorities, who say the church is breaking the law, has taken another turn.

On Wednesday morning, RCMP and members of Alberta Health Services moved to “physically close” the GraceLife Church west of Edmonton–erecting chain link fencing surrounding the church and its parking lot in Spruce Grove in Parkland County.

“Alberta Health Services physically closed GraceLife Church and has prevented access to the building until GLC can demonstrate the ability to comply with Alberta’s chief medical officer of health’s (CMOH) restrictions,” AHS said in a statement Wednesday morning.

Members of Alberta Health Services supported by the RCMP moved to “physically close” the GraceLife Church west of Edmonton early Wednesday morning–erecting a chain link fencing surrounding the church and its parking lot in Spruce Grove in Parkland County. (THE CANADIAN PRESS/Jason Franson)

Residents who live in the area told the Edmonton Journal they saw about a dozen RCMP vehicles arrive in a “convoy” around 6 a.m.

The Journal reported that about 50 people showed up to support the church throughout the morning while several others drove by shouting support for the RCMP and the closure of the building.

The battle over COVID-19 enforcement has drawn national attention as the church and its pastor have continued to defy public orders to limit attendance at its services.

The church’s pastor, James Coates, has spent time in jail for refusing to comply. 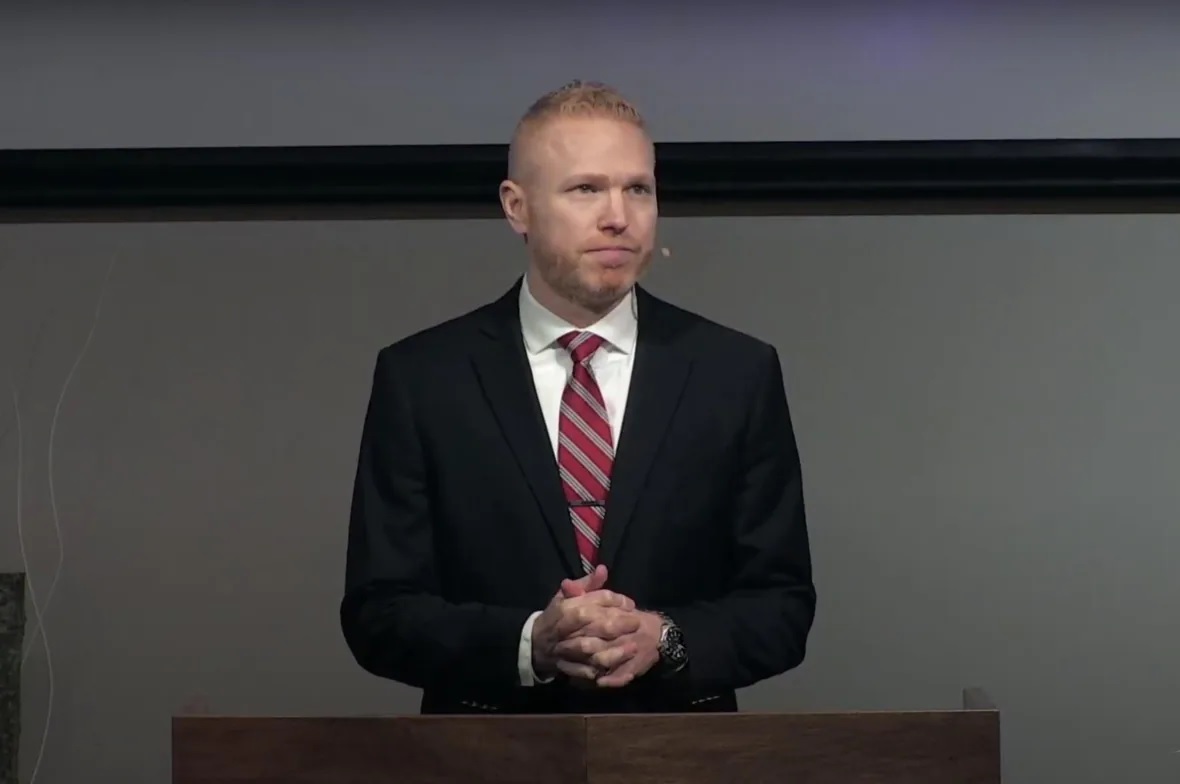 GraceLife Church Pastor James Coates was charged in February with violating COVID-19 public health orders and spent 35 days in custody before pleading guilty to a charge of breaching bail. (GraceLife Church of Edmonton/Youtube)

Coates turned himself in to police on Feb. 16 and was charged with two counts in contravention of the Public Health Act and for failing to comply with a condition of his undertaking.

He was granted bail but refused release, saying he could not abide by the conditions.

Prior to his detention, his Sunday services were drawing up to 300 members.

He was fined in December and Alberta Health Services ordered the church to close in January, but Coates ignored the orders.

A lawyer for Coates, James Kitchen, told a bail hearing for Coates last month that Coates can’t follow a bail condition that forbids him from holding services because that would violate his conscience by disobeying God. 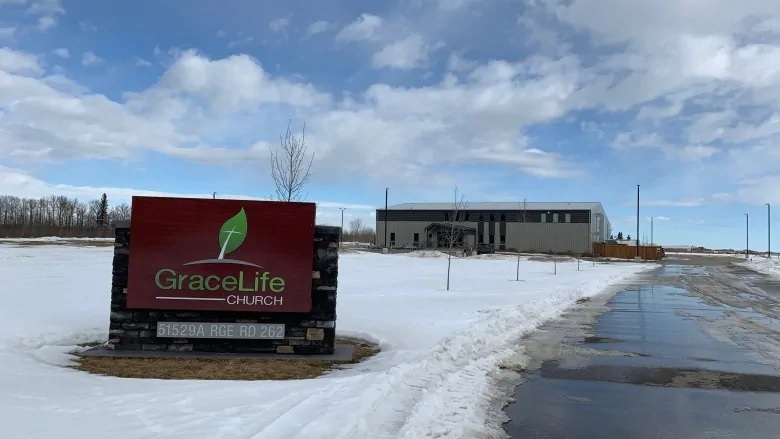 GraceLife Church has been holding Sunday services in contravention of public health orders and was continuing to do so, through Easter weekend, according to authorities. (Radio-Canada/Andreane Williams)

“This is a matter of deep-seeded personal conscience and religious beliefs for Pastor Coates,” Kitchen said.

“He is unable to disobey the God he believes in. He is compelled to obey … as [are] his congregants.”

Last month, after 35 days in jail, he was released.

He is still charged under Alberta’s Public Health Act for holding services that allegedly broke a restriction on the size of gatherings.

A trial is scheduled to begin May 3.

In a story published Wednesday, the CBC’s Wallis Snowdon reported that between July 10 last year and Tuesday of this week, Alberta Health Service said it has received 105 complaints from the public about the church. 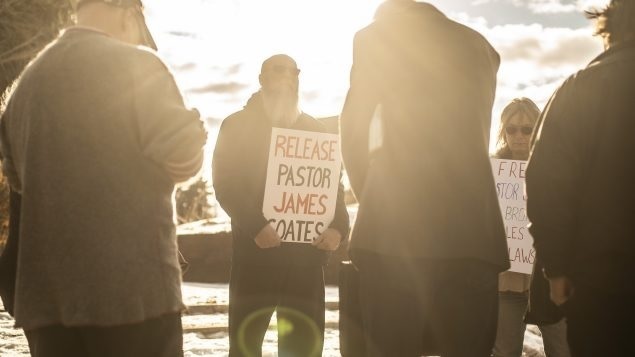 Supporters pray outside an Edmonton court in February after James Coates was arrested for holding Sunday services in violation of COVID-19 rules. (THE CANADIAN PRESS/Jason Franson)

Snowdon reported that AHS said inspectors have conducted 18 inspections at the site since July 10, 2020, and violations were observed at each visit.

In a statement, John Carpay, president of the Justice Centre for Constitutional Freedoms, which is representing Coates and GraceLife in court, called Wednesday’s closure a denial of the Charter freedoms of peaceful assembly, association and worship.

The statement also said the government was seeking to delay Coates’ May 3 trial until July to ready its evidence.

The church continued to hold services while Coates was in jail and the GraceLife parking lot was full Sunday morning as Coates led his first Sunday service since he was released.