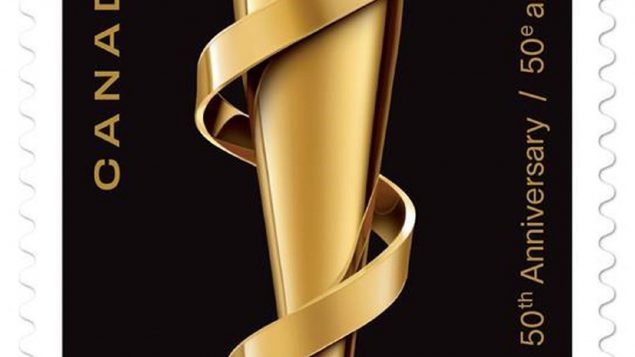 Junos get a new stamp to mark 50th anniversary

Canada’s music recording industry awards, the Junos, are being honoured with a special stamp to help celebrate their 50th anniversary.

It features the new Juno statuette redesigned this year from the solid crystal tower into a new golden statuette, inspired–according to a press release from Canada Post–by Shirley Elford’s human-shaped molten-glass statuette first handed out in 2000.

The Junos began as the Gold Leaf Awards in 1970.

They were renamed a year later in tribute to Pierre Juneau, the first head of the Canadian Radio-television and Telecommunications Commission.

This year’s ceremony is scheduled to take place in Toronto on May 16.