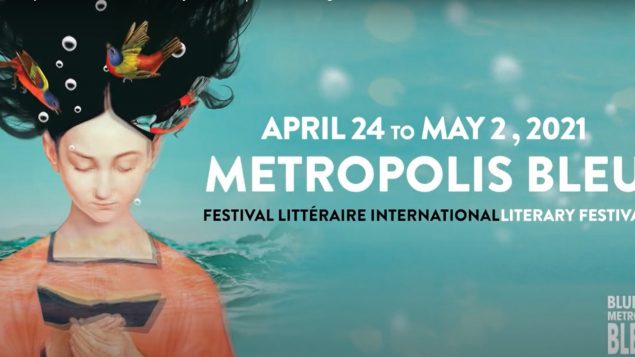 The 23rd edition of Montreal’s Blue Metropolis International Literary Festival along with the TD-Blue Metropolis Children’s Festival is set to open virtually on Apr. 24, festival organizers have announced.

The theme of this year’s festival, which will feature more than 50 events with 200 artists, is The Challenges of Our Times.

The festival runs until May 2 and presents free multilingual panels, debates and interviews in English, French, Spanish, Portuguese and Arabic.

“This very special edition of the festival is presented during a pandemic which isn’t letting up, but which has not got the better of our great energy and our endless will,” said William St-Hilaire, Blue Metropolis Executive and Artistic Director.

Organizers also plan to hand out seven literary prizes, including those from last year’s cancelled festival.

This year’s edition of Blue Metropolis will also feature a new series of special events, Eight Headlining Events, that will bring together internationally-renowned authors to take on a wide variety of issues.

“We find ourselves at crossroads at this time—culturally, economically, environmentally and politically—and this year’s perspectives and exchanges converge on the past, present and future of what can and must change,” said David Bradford, the festival’s associate programming coordinator.

The festival’s Spanish and Portuguese-language programming features not only events with Belli and Cercas, but also legendary Brazilian musician Caetano Veloso in conversation with Portuguese journalist Alexandra Lucas Coelho.

“Nothing replaces la calidez of being in the same room with fellow readers and our worshipped writers, but we have created digital content that is engaging and dynamic,” said Ingrid Bejerman, curator of Azul. “Being a Brazilian otimista, I can’t wait to be virtually joined by readers and fans from all over the world. ¡Maravilloso!”