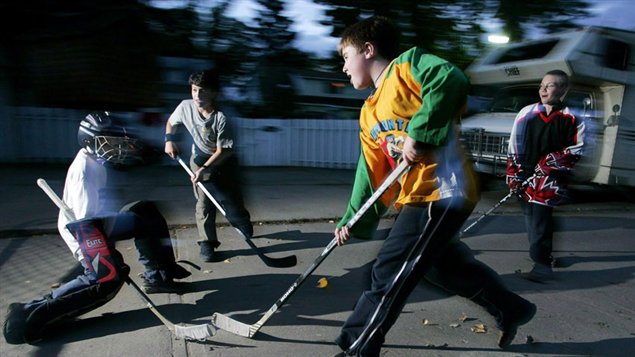 Listen Canada ranks 17th out of 29 rich countries when it comes to the well-being of its children, according to a United Nations report. Health and safety are the areas where it did most poorly. Education was where it ranked highest, second only to Finland.

“As a Canadian, I’m ashamed,” said David Morley, president of UNICEF Canada. “The Netherlands is ranking number one. There’s no reason why we can’t be doing as well as the Netherlands. It’s just a matter of choice.”

Health and safety of great concern to UNICEF

Obesity is one of the things dragging down Canada’s ranking in health. Too many Canadian children are overweight. Too many are bullied or cyberbullied.

Not enough children are getting vaccinations. Immunization is strongly recommended by the government and doctors of Canada. But some parents worry about its safety even though scientific studies overwhelmingly show the standard vaccines to be safe and effective for preventing disease.

Marijuana use is high among young people. That’s an area where Canada ranks dead last.

Youth smoking however is down as are teen births.

Canada’s ranking drops to 24 our of 29 countries when it comes to children’s own views of their life satisfaction. It falls to 25 with regards to their relationships with parents and peers.

Poverty is of great concern to Morley. “The growing gap between the rich and the poor is an issue…There seems to be a growing group of children who are stuck in poverty.” Social mobility still exists but it is declining. “Canada has a history of social mobility,” said Morley. “When newcomers come here they’re able within ten or 15 years to start moving up the economic ladder and things start to get better for their children. That’s still happening here but that that rate of social mobility is starting to slow down and that a very (great) concern to us.”

Aboriginal children have particular difficulties in the areas of education and health, obesity and opportunities to make the transition from school to work.  That affects the nation’s overall ranking for well-being of children.

More transparency is crucial in Morley’s view. Canadians need to know how much money governments are devoting to children’s well-being. He also believes the Canadian government should appoint a national children’s commissioner who could work within the government to raise children’s issues, to encourage child-friendly legislation and to look at budgets to ensure they help children and families.

Canada’s ranking on the well-being of children has not changed very much in the ten years since UNICEF last published this kind of report card.

“I hope it will be a wake-up call for many of us.”