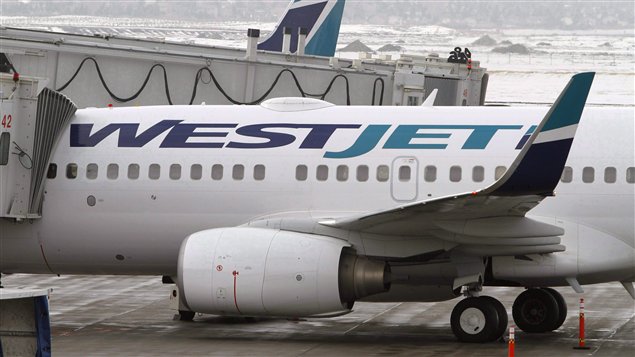 Westjet Airlines has received permission to lower the ratio of attendants to passengers on their flights.
Photo Credit: Larry MacDougal/CP

Transport Canada granted WestJet Airlines Ltd. an exemption Monday to allow the airline to use a ratio of one flight attendant for every 50 passenger seats onboard an aircraft.

The President of the Canadian Union of Public Employees (CUPE) Paul Moist and CUPE Airline Division President Michel Cournoyer said the Canadian government is putting corporate profits ahead of the safety of passengers.

“Not only is the 1 to 50 flight attendant/passenger ratio exemption granted to WestJet on May 6 dangerous, but it is the tip of the iceberg. The Harper government is now ready to change regulations for all airlines and take a chance on the safety and security of all airline passengers,” said Moist.