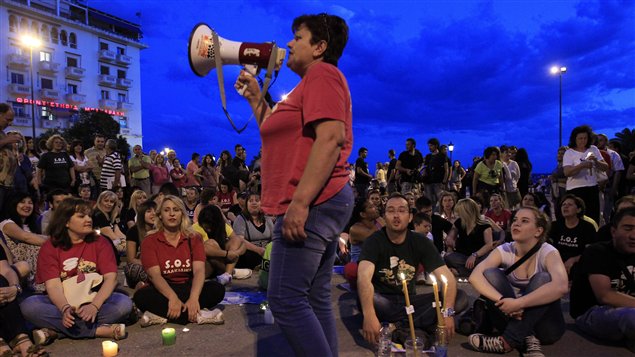 Protesters at a rally in the northern Greek port city of Thessaloniki, May 30, 2013. More than 1,000 people demonstrated against a planned gold mine operation by Canadian company Eldorado Gold Corp in the peninsula of Chalkidiki.
Photo Credit: Nikolas Giakoumidis/AP

As protests continue against Canada’s Eldorado Gold in Greece, delegation in Canada

Maria Kadoglou admits for some Greeks the image of Canada has changed because of mining companies like Eldorado Gold.

Kadoglou, a member of Hellenic Mining Watch, is part of a delegation from Northern Greece in a four city pan-Canadian tour to protest mining projects of Eldorado Gold, including one in the densely populated area of Halkidiki, and an important tourist destination.

With Kadoglou on the Canadian tour is the the Mayor of Alexandroupoli, Vaggelis Lampakis and Tolis Papageorgiou of Halkidiki.

They want to stop Eldorado Gold’s plans for an open pit gold man, and are explaining why to audiences in Montreal, Ottawa, Toronto and Vancouver.

RCI’s Wojtek Gwiazda spoke to Maria Kadoglou on Thursday (May 30) when the delegation was in Toronto, just before their last stop in Vancouver on May 31. 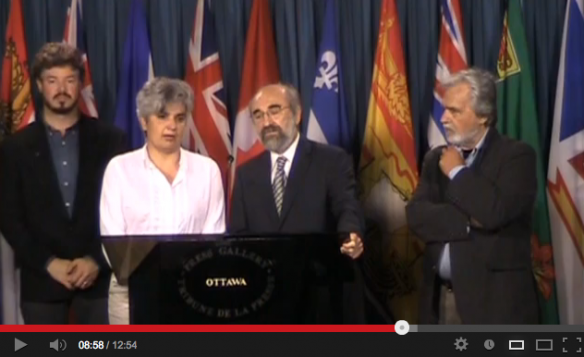