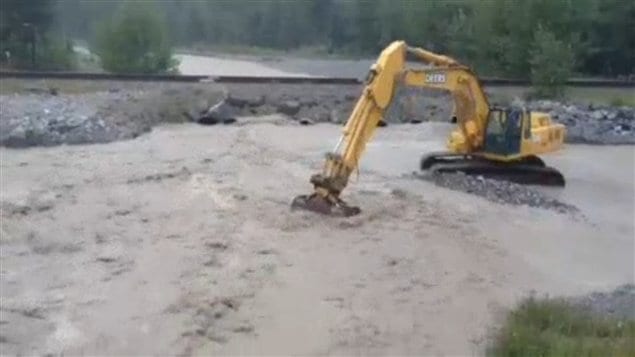 A sour gas pipeline rupture has caused a release of H2S in the Town of Turner Valley in the western prairie province of Alberta provoking an emergency alert by authorities, and the evacuation of people because of the gas leak.

The alert warns “There is a hazardous materials release threatening life and the environment.”

On Twitter, CBC reporter Alana Baker @alanacbaker reported 50 homes have been evacuated because of the gas leaks, and because of floods in the area. She also wrote crews told her the gas leak is from a well head near an old gas plant, and not the plant itself. The plant has been shut down for years.

Around fifty homes in Turner Valley have been evacuated, first for floods and now for gas leak. #abflood #

Reporting from the valley, Baker noted she was “Hearing very conflicting reports about Turner Valley gas leak. A firefighter in Black Diamond said he heard it was contained.”

Meanwhile flooding continues throughout the province. In the city of Calgary residents have been told to evacuate in a number of areas, and police are asking people to stay away from the downtown area. More information here.