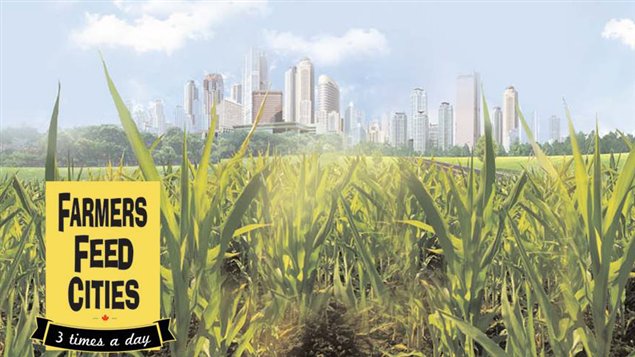 The Farmers Feed Cities campaign was started by grain and oilseed farmers in Canada’s most populous province of Ontario to lobby the government, and it now continues as a consumer awareness campaign with inquiries from around the world.

Representing all kinds of farming and farmers, the campaign’s distinctive yellow signs were an accident – the sign maker only had a big quantity of yellow signs.