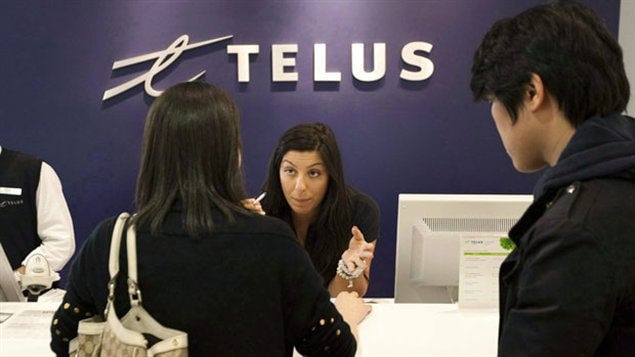 Telus, along with Rogers and Bell are taking the government regulator to court over length of cell phone contracts

On December 2, 2013 some very welcome changes are coming to Canadian cell phone contracts.  After consulting Canadians, the government regulator, the CRTC (Canadian Radio-Television and Telecommunications Commission) released a new Code of Conduct for Cell phone companies operating in Canada.

Canadians pay some of the highest cell, or mobile phone fees in the world, and just three companies control over 90 per cent of the market.

The Wireless Code will cap roaming fees at C$100, which will end the shock that often arrived with the bill at the end of a vacation.  Service will be suspended in the case of a lost or stolen phone, and contracts must state in plain language what one is paying for.

The new code also reduces contract legths from three years to two, with all contracts opening up in June 2015.  But the big three cell phone companies are going to court to fight this, in an effort to maintain their three-year contracts for as long as possible.

Carmel Kilkenny spoke with David Christopher, the communications  co-ordinator for Open Media, a consumer advocacy group, to find out what will improve in December 2013, and what remains to be seen.