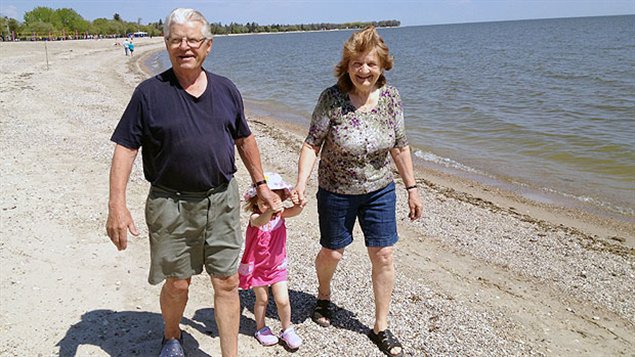 Walking, but no swimming at Toronto's beaches after the torrential rain on July 8th
Photo Credit: courtesy of CBC

Elevated E. coli counts have raised concerns at eight of Toronto’s 11 lakefront beaches.  This is the result of Monday’s torrential downpour when more than a month’s worth of rain fell in one day.

In an interview with CBC news, Mark Matson of Lake Ontario Waterkeeper explained, “The other day we saw a huge explosion of sewage from the city discharged into the rivers … and into the harbour,”

While city-life is returning to normal with electricity restored and most roadways and underpasses re-opened, the city’s beaches have now been declared unsafe for swimming.  Even the beaches on the Toronto Islands nearby have been closed, which is a rare occurrence.

“In my experience I’ve never seen E. coli or bacteria at those numbers on Toronto Island beaches,” said Matson.

A few swimming areas are still safe, including Woodbine Beaches, Kew Balmy Beach and Bluffer’s Beach Park which is good news for a weekend that promises to be sunny and hot.