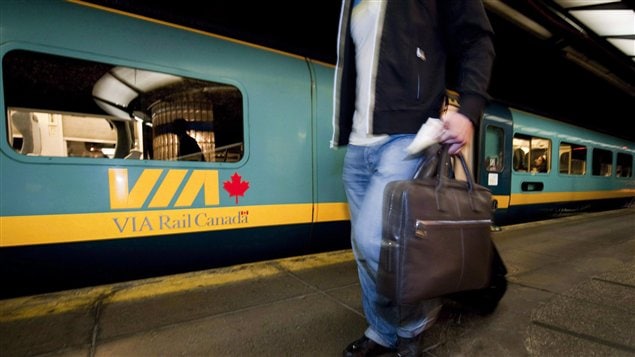 No decisions have been taken yet but all passengers on Via Rail could face closer security.
Photo Credit: PC / Peter Mccabe

Via Rail ponders beefing up security

Taking a train in Canada could soon become very similar to boarding an airplane.

Currently, Via Rail does random searches and X-rays of baggage, uses sniffer dogs at stations and keeps a lookout for suspicious behaviour. Under the new measures, all those procedures would be increased.

The measures are a response to an alleged terrorist plot to derail a train that resulted in arrests in April.

Raed Jaser of Toronto, and Chiheb Esseghaier of Montreal, and Ahmed Abassi, who lives in the United States, race terror-related charges. All deny the allegations.

The plot was alleged to have targeted a train–operated by Amtrak in the US and Via Rail in Canada–that travels from New York to Ontario. It is

Via Rail says the proposed changes are still be studied and there is no timeline for instituting the measures.

The cost of such measures would likely be high. Because Via Rail is a Crown corporation

Via Rail has 12,500 kilometres of track in Canada, serving 450 communities.