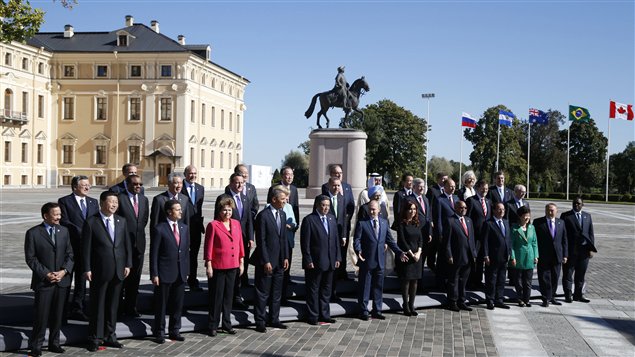 Leaders at the G20 Economic Summit in Russia discussed economics, but also the situation in Syria.
Photo Credit: Alexander Zemlianichenko/AP

On this edition of Politics Today RCI’s Wojtek Gwiazda focuses on Canada’s participation at the G20 Economic Summit in Russia. Canada’s Prime Minister Stephen Harper said he was hopeful about the future of the global economy, but continued to raise concerns about the lack of action by the international community on the situation in Syria.

As well, he dealt with the issue of when parliamentarians will return to the Commons and the Senate.