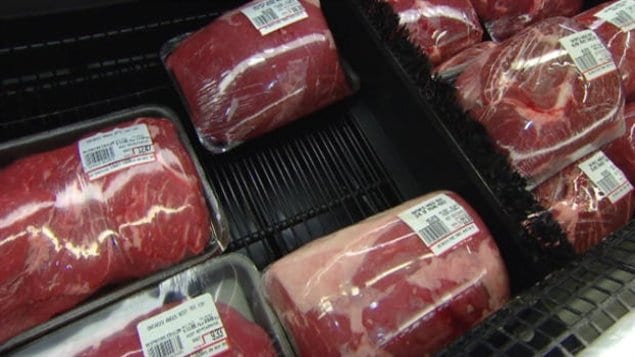 The Canadian government ministry Health Canada says it encourages the labelling of mechanically tenderized beef, and has plans to consult Canadians in the next few months, but does not expect rules before 2014, despite E.coli risks.

That was Health Canada’s response to a request for reaction from the television program Marketplace, at Canada national public broadcaster CBC TV, when it originally broadcast its report.

On Friday (November 15) CBC reported: “Six months after the federal government promised more information about a process that increases the risk of E.coli inside beef steaks and roasts, adding labels that would inform consumers about the process is still voluntary — and rare on grocery store shelves.”

The consumer affairs program Marketplace found that tenderizing beef “can drive E.coli from the surface of the meat into the centre. In order to reduce the risk of making people ill from E.coli, tenderized beef should be cooked to medium well.”